One job which has been ongoing for some considerable time, but is now happily moving forward nicely, is the refurbishment of the drive mechanism for the 'sunshine roof' - a part of the roof which can be slid open via a chain driven mechanism and electric motor.

Just about everything that you can see in this picture was falling or had fallen to bits. The drive shaft coming in from above, rotates on a small bearing through a 90 degree knuckle. The bearing had collapsed and an enormous amount of time was spent identifying and replacing it. The drive chain going off to the left was barely recognisable. However, enough remained to inform us that it was effectively obsolete. After much searching, one of our team discovered a gentleman with some old stock which he was willing to let us purchase. The whole contraption was reassembled and the result most gratifying. 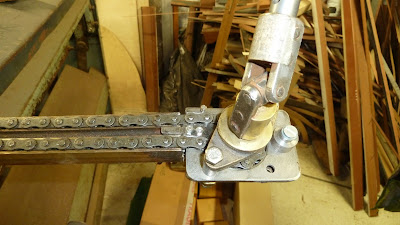 www.facebook.com/SouthcoastMotorServices
Posted by AGE at 15:08

Recently, the replacement plywood floor has been filled and machine sanded and new sheets of green 'Treadamaster' (a rubberised composite flooring) laid. These two shots were taken during this process. 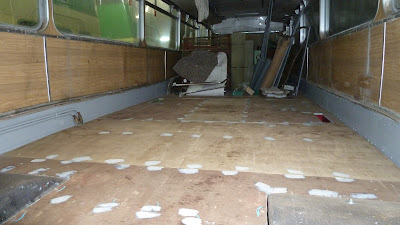 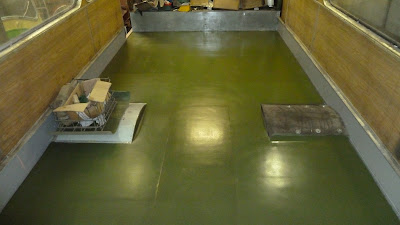 Next steps include fitting of the repaired saloon heating ducts.

www.facebook.com/SouthcoastMotorServices
Posted by AGE at 14:50

Winter has reminded us of how chilly the days can be and although we do not run at this time of year, the buses need to have working heaters for those odd occasions during the summer months when the days are cool and damp. The heaters in 972 are generally in reasonable shape, although one was missing altogether! We've raided our spares and started the process of stripping down the heater boxes - there are four, two in each saloon. The photographs here show some of the various parts being taken back to bare metal. 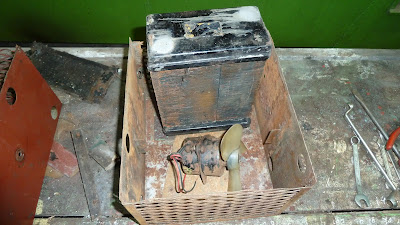 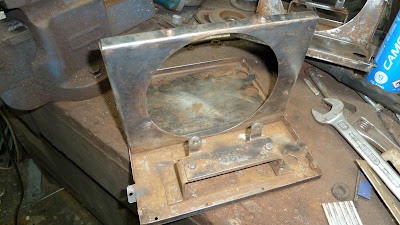 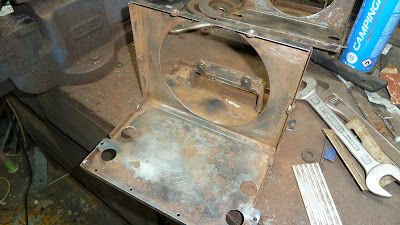 Meanwhile, we've set about servicing a set of CAV wiper motors ready for eventual fitting. They are left and right handed and are identified by coloured tape (white or green) as Southdown used to do. This pair have just been put back together and await a coat of paint before receiving their colour coding. 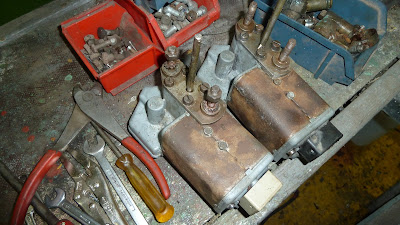 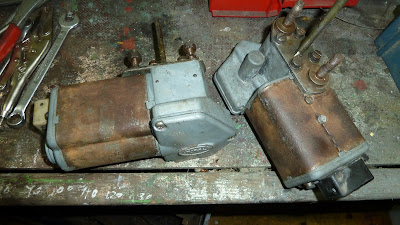 www.facebook.com/SouthcoastMotorServices
Posted by AGE at 21:43