The winter is upon us and the buses have been put away until the spring. Now the engineering fun starts! First in the queue is our 1964 Leyland PD3 number 406 which has come in for some well-deserved TLC. The cylinder heads which were previously fitted to car 350's old engine, (the one which was removed last winter after a refurbished one was installed), have been sent away and completely stripped down. The surfaces of each head were skimmed to make them true and replacement valve guides and brand new valves (sourced from eBay!) fitted. They were recently delivered back to us and are seen here nicely wrapped. 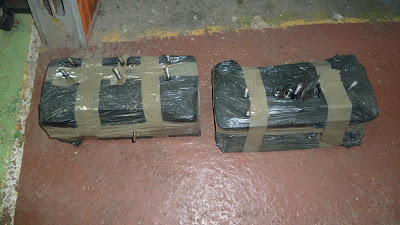 The plan is to remove the existing heads from 406's engine and replace them with the refurbished ones. This project was driven by the existing head gaskets showing signs of stress and suspected valve wear. The engine itself is the original one fitted to the bus when we bought it from Southdown in 1988 and generally performs well. The thinking is, that refurbished cylinder heads should prolong the engine life for many years to come. Here we see the inside of 406's engine bay with the old cylinder heads during and after removal. 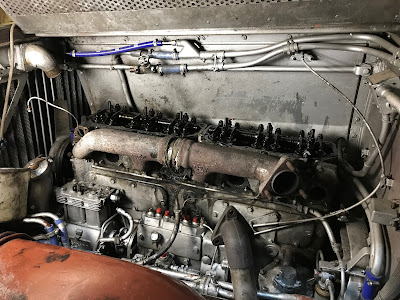 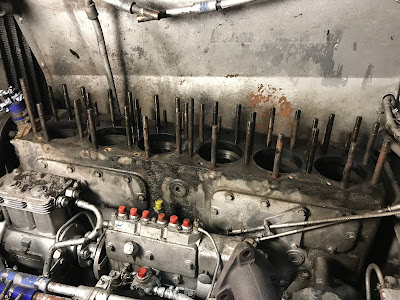 A thorough inspection and clean ensued prior to the new heads being fitted (seen here). 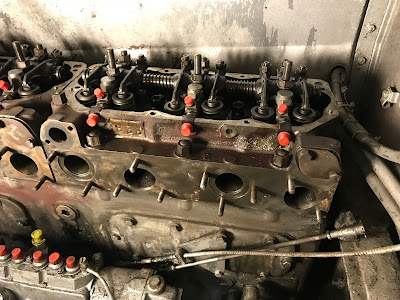 We have been lucky enough to source some army surplus CAV type injectors to replace the existing Leyland ones: the latter being obsolete and no longer sensibly repairable due to lack of parts. However, spares for the CAV type can still be sourced. Two of the refurbished set of six are seen here. 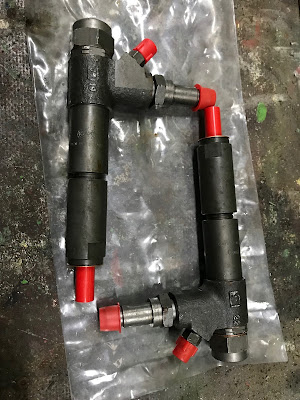 Whilst the engine job has been coming to its conclusion, another team has removed the anti-roll bar attached to the rear axle. One of the large rubber bushes was showing early signs of wear and so a replacement has been fitted. This photograph shows the unit way from the bus. 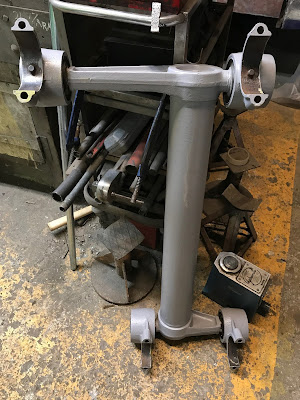 The next job on 406 is to adjust the front springs and also replace the remaining rubber bushes within the engine support brackets.

www.facebook.com/SouthcoastMotorServices
Posted by AGE at 01:08