Now that Spring is here, our resident open top bus has been brought out of store ready for the coming season. Routine maintenance aside, the chance has been taken to tackle one or two other jobs which will go a long way towards preventing a failure later.

The metal and rubber bushes which drive the alternator have been replaced with new ones fabricated by a firm in Sayers Common in Sussex. The associated adjuster and fan belts were also renewed. Once the cab floor was refitted after this job, a nice new leather gaiter was installed around the base of the gear change. 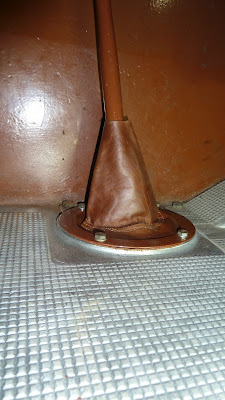 The front road springs were those originally fitted to sister vehicle 974CUF (long since broken-up for spares), and are due for replacement. New springs have been specially made and fitted. Below, the near-side old and new can be seen side by side; final adjustments are being made to the new one with a hand grinder. 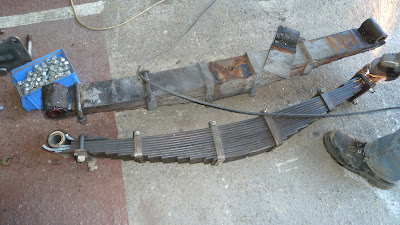 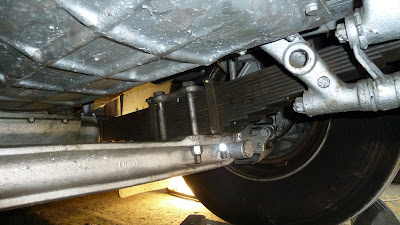 And seen here after fitting. By the way, the silver linkage seen to the top right of the picture is part of the front near-side engine support bracket, a closer view of which can be seen below. 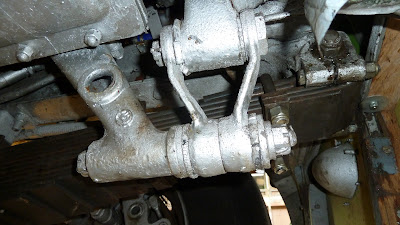 The top and bottom link have special rubber bushes fitted and these were showing signs of old age, so the engine was supported by jacks and the links taken down - see below. 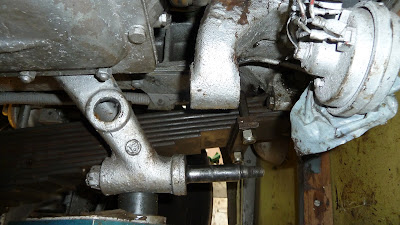 These are the links after being cleaned-up and painted. A selection of new rubber bushes (left) can be seen against the old (right). The final picture shows the linkages reassembled and job complete. 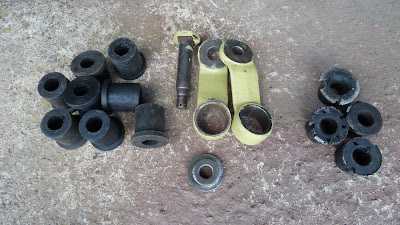 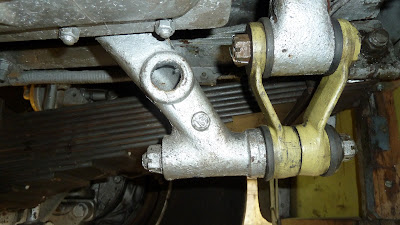 www.facebook.com/SouthcoastMotorServices
Posted by AGE at 15:23

Email ThisBlogThis!Share to TwitterShare to FacebookShare to Pinterest
Labels: Bus number 406, Other vehicles

With the majority of the saloon floor renewal (and much of the steel supporting frame repairs) completed, attention has turned to the luggage boot. This was pretty rotten to say the least: the steel supports, wooden floor and surrounding stress panels all required complete renewal. Here, the floor, back wall and near-side stress panel have been removed. 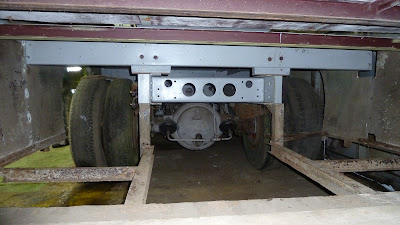 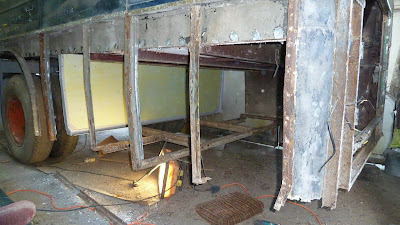 The first piece of new material was the back wall, (next to the rear axle - seen above in yellow primer), and again below from the off-side - it was fed in from here, which is why part of the old stress panel has been cut away. 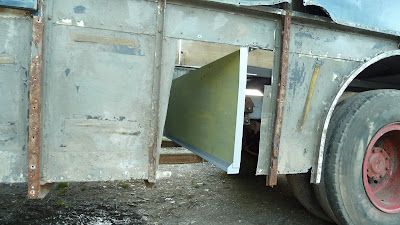 Next to come out were the rotten steel floor supports. These also act as cross-members between the vehicle sides, there being no chassis at this point. The replacements made up quite a considerable order from the steel merchants, some of which can be seen recently fitted in the two pictures below. In the lower one, the new near-side stress panel can also be seen top middle - the back wall is to the right. 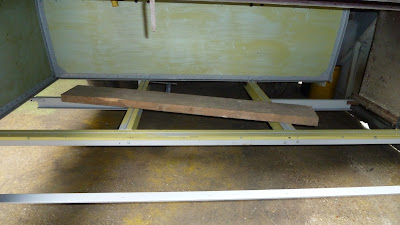 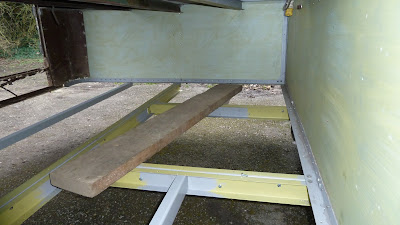 The most recent progress at time of writing is the part installation of the floor (below). This is painted brown and will eventually be finished with varnished slats (on which the luggage slid). These have yet to be made; again, the originals were rotten. The final picture shows the new against the old: the body-side stress panels will eventually join to the newly fabricated rear corners. This picture just shows what a difference can achieved. 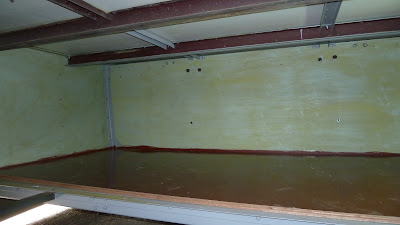 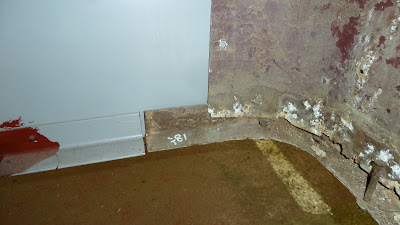