Although not part of the Southcoast Motor Services fleet, a recent departure from our depot has been HFJ144, a Leyland PD2/1 with Leyland body, built in 1948 as part of a batch of seventeen vehicles for Exeter Corporation. Coincidentally bearing the fleet number 17, this vehicle was delivered new to Exeter in February of that year, at a purchase price of £3,243.00 (£106,300.00 in today’s money). 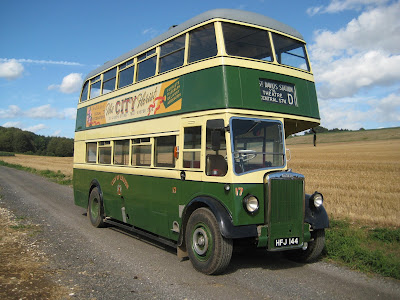 It entered service straight away and remained so employed until March 1970 when Exeter Corporation Transport was bought out by the newly-formed National Bus Company: its vehicles were absorbed into the Devon General fleet, a company which had also recently been acquired by NBC. Along with three sister vehicles No. 17 was put up for sale and was acquired by a small consortium of enthusiasts led by Philip Platt, the well known Devon General enthusiast, who sadly passed away earlier in 2017.

No. 17 was taken to the West of England Transport collection at Winkleigh Airfield and kept under cover there until 1993, when it was acquired by a Surrey-based enthusiast. It arrived (somewhat ignominiously, behind a tow truck) at our depot on the 12th March 1994 and underwent a five year comprehensive mechanical and exterior body restoration. Exeter Corporation had somewhat belatedly realised the economic necessity of allowing advertising material to be displayed on their vehicles, but when they did, they did it in style: all adverts being meticulously painted by expert signwriters, a feature which was perpetuated in the restoration. A thorough restoration of the interior then took place, with the finished vehicle being back on the road in 2010. 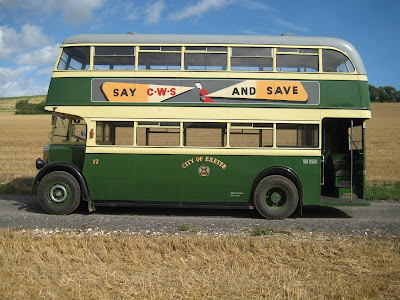 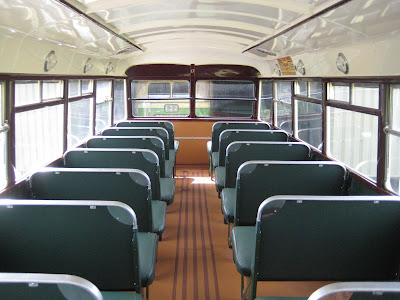 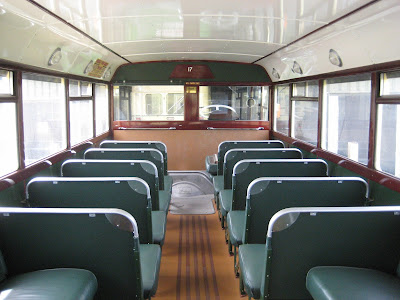 Appreciated though it has been in Sussex, No 17 was a long way from its natural home, so a decision was finally taken to return it to its old haunts and it is now in the care of Dan Shears at the superbly upgraded Winkleigh facility.

Looking at the intricate mahogany interior mouldings, which are a feature of the Leyland design, it would be easy to imagine that these vehicles were almost hand built by craftsmen, but the truth was very different. In1948, Leyland built no less than 976 PD2 chassis and put their own bodies on 749 of them, giving a weekly output of 18 chassis and 14 bodies – a remarkable achievement at any time, but particularly so in view of the post-war shortage of materials and labour. As a result of this productivity, barely a week elapsed after the last Exeter PD2 had rolled off the production line before work commenced on the first of a batch of near-identical vehicles destined for Southdown. Car 316 was the first of eighty such vehicles, often referred to by enthusiasts as “the JCD’s” – a reference to their registration letters. 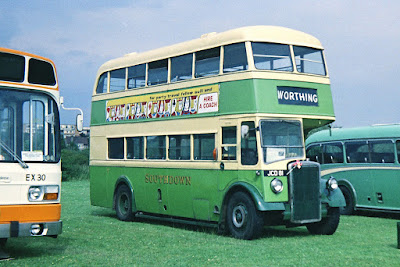 Prior to the advent of the PD3 'Queen Marys' in the late 1950s and 60’s, these vehicles formed the largest single delivery to Southdown in the post-war period. This version of the Leyland body design was extremely robust and widely regarded as a classic of its time, with most of the Southdown fleet serving the company well for almost twenty years. One of them also survived into preservation: car 381 (JCD81) was withdrawn in April 1967 and sold to a dealer in Greater Manchester. It was purchased for preservation in December 1968 and spent several years in the North of England, (mainly in Sheffield), before returning to the Brighton area in December 1974. Sadly it was heavily vandalised about eighteen months later, and was scrapped at Ashington in November 1976. 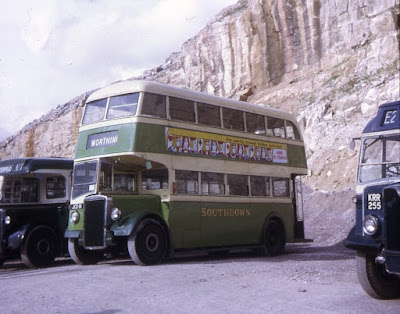 Restoration articles will still appear on this Blog as usual. Thank you for your continued support.

www.southcoastmotorservices.co.uk
Posted by AGE at 20:35

Email ThisBlogThis!Share to TwitterShare to FacebookShare to Pinterest
Labels: Welcome

From last month's post: the new engine, with gearbox attached, being installed! Now just the ancillary fittings to be fitted and the engine eventually tested. 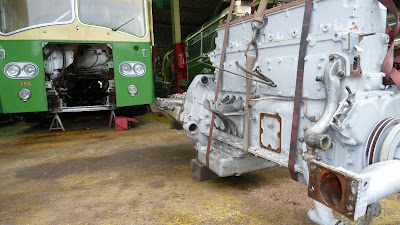 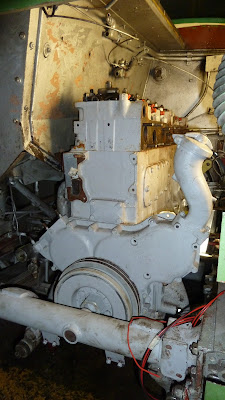 www.facebook.com/SouthcoastMotorServices
Posted by AGE at 23:10