The ongoing floor renewal reported last month continues and has now reached the rear axle. Recently, a further steel cross-member, located above the fuel tank, was found to be cracked and a replacement has been made and fitted in similar fashion to the first. This photograph, taken from above the rear axle looking forward, shows this new (grey) cross-member in position and the plywood floor in the process of being fitted on top. 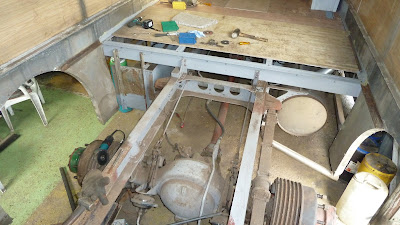 As you may have now gathered, extensive work has been undertaken around the rear axle. The old floor was lifted and disposed of, the wheel arches removed and the associated steel sub-frame assembly cut out. Not only does the sub-frame support the floor between the wheel arches, it provides anchor points for the seat frames and adds strength to the fibreglass wheel arches themselves. The first photograph, below, shows the exposed chassis and rear axle (wheels removed). The second shows the steel sub-frame assembly leaning against the outside of the bus after removal. A completely new frame had to be made from scratch and the third picture shows the measuring process being undertaken with a piece of the replacement steel. 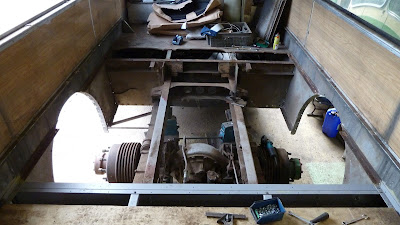 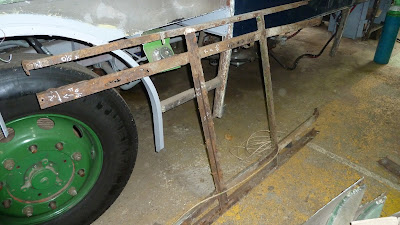 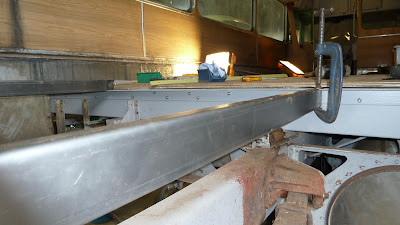 Turning to the chassis itself. Having been exposed to many years of water, salt and grit, the area around the rear axle needed a lot of attention, as might be expected. The two parallel chassis members, which run the length of the vehicle, are held apart with rigid steel sections and the rearmost (pictured below) was suffering from a build-up of scale and rust. It needed to be removed, inspected and the chassis descaled and painted. 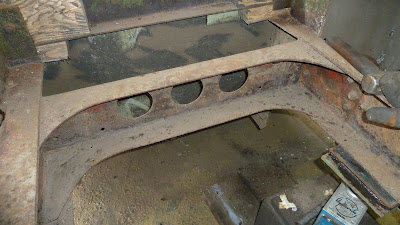 Restoration is rarely ever easy: in this case, the rigid steel section is fixed to the chassis using the same bolts as the rearmost spring hangers and so the bus needed to be lifted and supported whilst the rear spring shackles were disconnected. Then the spring hangers themselves were unbolted, leaving the rigid steel section free to be slid out from between the chassis members. These pictures show the spring hangers shortly after being unbolted and the area on the chassis where they previously sat. The back of the near-side rear spring can just be seen in the bottom of the second photograph. 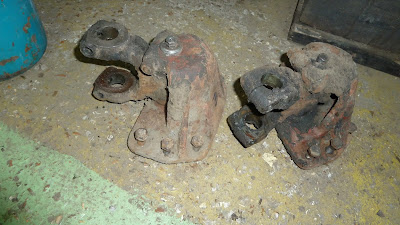 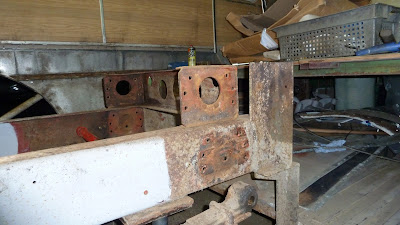 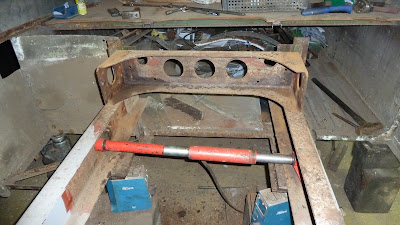 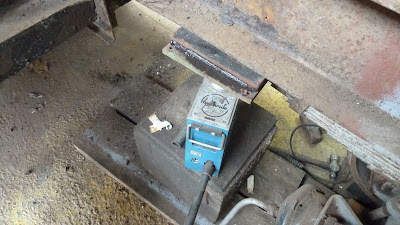 The final floor supporting cross-member was also exposed at this point. Unlike two of previous ones which had cracked, this one was actually sound, despite the rusty nature of the surface. However, we decided to remove it to facilitate changing of associated brackets and fixings. The descaling process is also much easier on the bench. These views are of this section before removal. 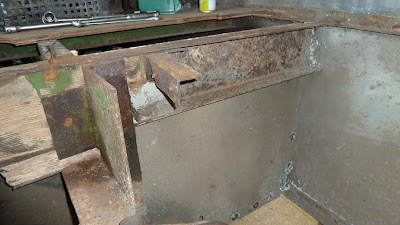 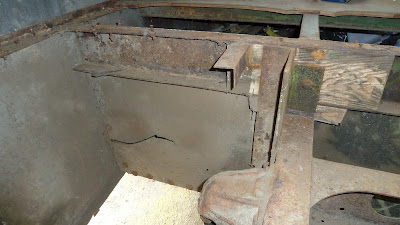 Once all the various components described were repaired, painted and ready to be fitted, reassembly started - a much less messy process than removal. These views show the spring hangers and rigid steel section bolted back in position, the rear cross-member fitted and the new sub-frame assembly in place. Once the new plywood floor has been fitted to this area, our attention will turn to the boot and associated stress panels 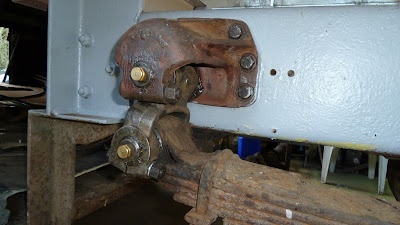 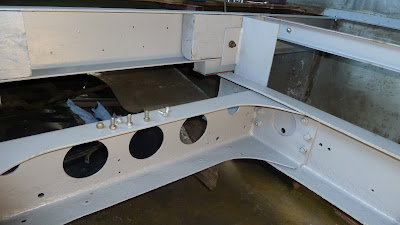 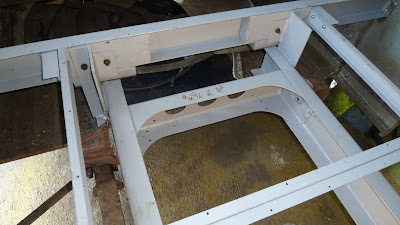 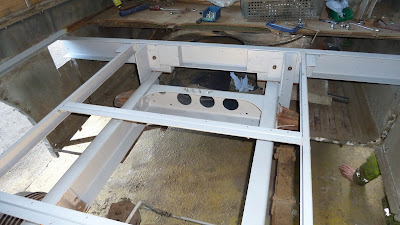 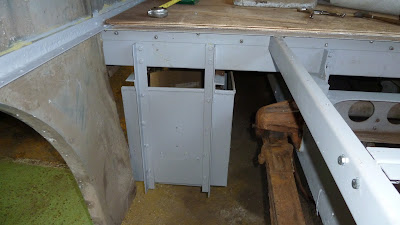 www.southcoastmotorservices.co.uk
Posted by AGE at 22:48