All of our buses and coaches are fitted with traditional mechanical hand brake levers; in the case of the Leyland PD3 double deck buses, these protrude through the cab floor and have rubber or leather gaiters to cut down draughts. Recently, the rubber gaiter assembly in the cab of bus 350 was renewed: the old ones having split. Firstly the existing was removed. 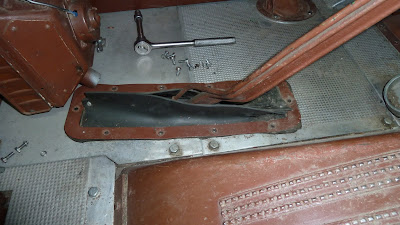 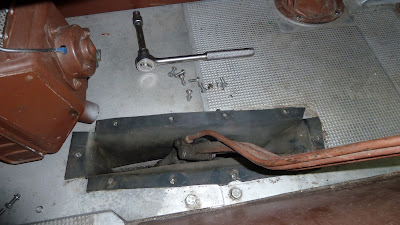 The new assembly is seen set out ready for fitting. 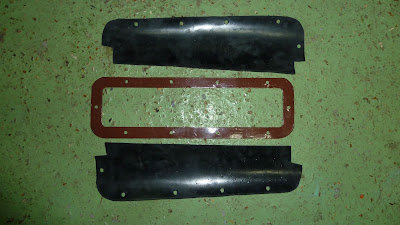 And the new gaiter in place. 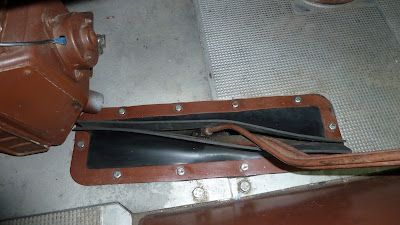 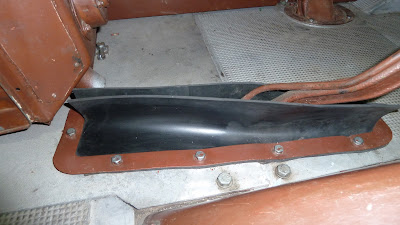 www.southcoastmotorservices.co.uk
Posted by AGE at 20:58

The entrance steps are being replaced on this vehicle. Firstly, the entrance doors were removed and will be subject to separate restoration. Then, mouldings and fixtures around the entrance were removed and inspected; some items are in good condition and will see further service, whilst other parts will be replaced. The steps could then be taken out leaving the bare frames. 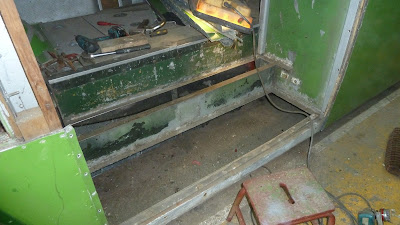 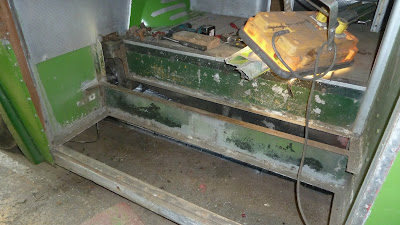 These have been cleaned up and primed. The new step boards are currently being made and fitted. The opportunity has also been taken to clean and polish areas of aluminium such as around the front bulkhead. More updates will follow. 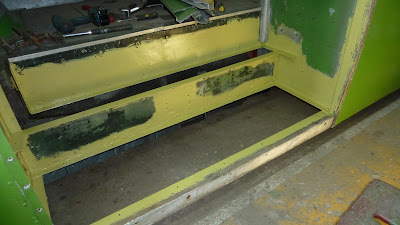 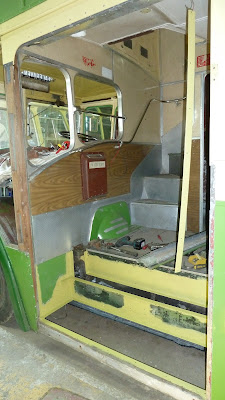 www.southcoastmotorservices.co.uk
Posted by AGE at 19:19

Much has happened since the last update in March: the vehicle is being reseated to its original configuration of 28 reclining, luxury Chapman seats to a 2+1 layout. The last report told of the installation of the new floor being mostly complete and ancillary objects such as heaters being fitted. A successful trial fitting of a seat frame meant that painting of the many parts which make up each seat could go ahead. Combined, there were nearly 300 individual items to paint. This was a long process and items were batched so as to create enough space for drying. Parts are seen awaiting brown top coat, whilst those already coated are hanging up to dry. 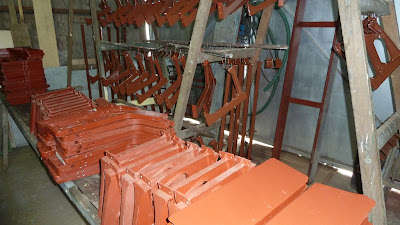 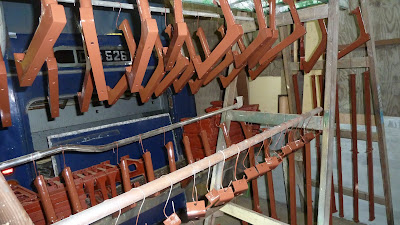 Each part was then inspected for quality control prior to the painstaking task of assembly. The first of the double seat frames can be seen here during assembly. 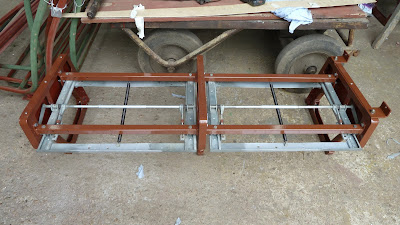 Once assembled, each frame was fitted in its final position inside the vehicle. These views show some of the single frames in position awaiting their backs and bases, now due for delivery this month. 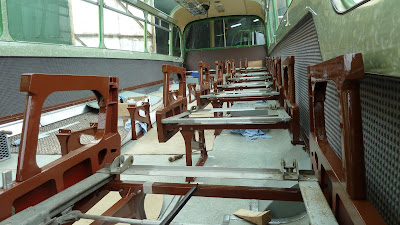 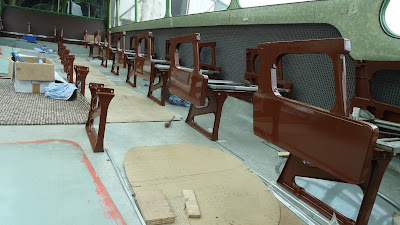 www.southcoastmotorservices.co.uk
Posted by AGE at 20:21

Keeping a small fleet of vintage vehicles in tip-top condition requires good maintenance facilities and equipment. The latest 'additions to the fleet' as it were, are two brand new state of the art 15 tonne Tangye jacks. Standing at about 10 inches, these replace the last of the vintage 'bottle' jacks which have given many years sterling service, but sadly are now past their useful life: the cost of servicing and repair being prohibitive.

Tangye is an English firm which started business in 1856. In 1858, they produced the hydraulic rams which launched the SS Great Eastern. Tangye said of the project: We launched the Great Eastern and she launched us. Hydraulic equipment is still being produced today in Accrington and these new jacks join our 20 tonne equipment made by the same firm. New and previous generation jacks are seen here together. 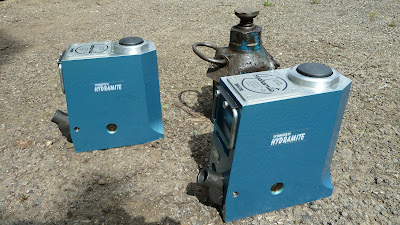 www.southcoastmotorservices.co.uk
Posted by AGE at 23:47