At the end of April, a former Southdown touring coach left our location for pastures new in East Sussex (see picture). Owned by one of our group, though not part of the Southcoast Motor Services fleet, Car 1748 is of interest in that represents a small step in the development of Southdown's touring fleet in the 1960s. 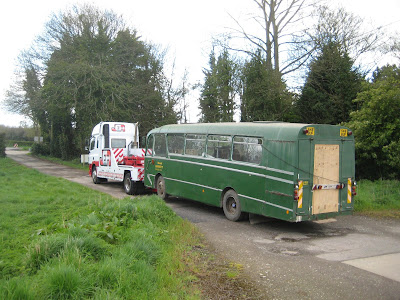 In 1961, Southdown took delivery of thirty Leyland Leopards with Harrington Cavalier 30ft long bodies fitted with sliding ventilators. These were followed by three more in March 1962, although their bodies had been extended to the newly-permitted length of 31ft 5in. In the Summer of that year, Harrington announced a revised version of the design (to be known as the Grenadier), which featured “forced air” ventilation and fixed side windows; the first such Grenadier was delivered to the Grey Green company in that November.

Ever conservative in engineering matters, Southdown approached this development with caution and ordered a small batch of four more Cavaliers fitted with the new equipment. These were delivered in March 1963 and the first of the batch, Car 1745, was used that May as Southdown's entry for the British Coach Rally. The engineers must have been satisfied with the new ventilation system, as in October they took delivery of five of the new Grenadiers, although they insisted that they be fitted with Cavalier front panels. These were followed by a further ten in 1964, taking the fleet total to sixty two.

Car 1748 fell on hard times when its PSV service ended and it was converted into a racing car transporter, featuring a rear end which was rebuilt to enable the car to be driven up a ramp into the interior. When it arrived with us, three of the fixed windows on the nearside were broken and subsequently replaced with units fitted with sliding ventilators rescued from a Ribble vehicle which was being dismantled. It came to our depot as a parts donor vehicle for the oldest surviving Southdown Cavalier (Car 1703) which was resident for a while, but left in November 2014 (next two pictures).  Now located in North Kent 1703 is being comprehensively restored and should be back in action fairly soon. 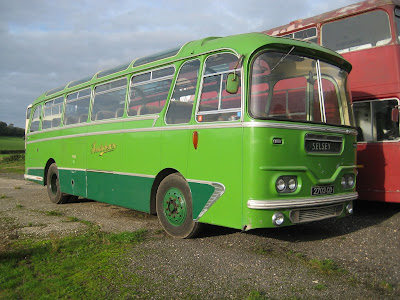 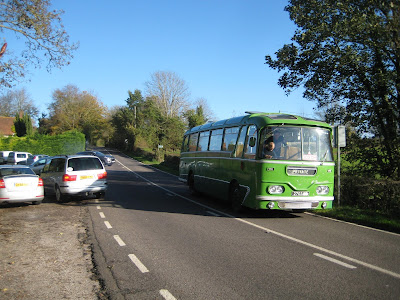 Just before it left our site, we could not resist lining up (for the first time in preservation) the last of the Cavaliers (Car 1748) and the first of the Grenadiers (Car 1749) for a photo-call. Maybe they will meet again, one day…. 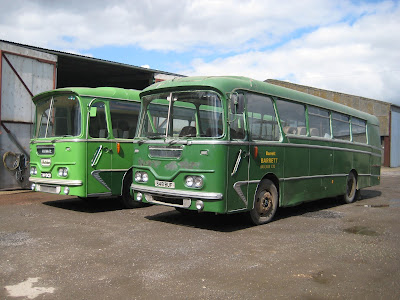 www.southcoastmotorservices.co.uk
Posted by AGE at 14:44