Further to our updates in July 2014 & October 2015, the winter work programme on this vehicle is progressing full steam ahead! Firstly, all of the seating has been removed, the old floor covering taken up, side cove panels removed and the 1970s Southdown alterations around the front wheel arches dismantled. The first view shows the seats removed and each wrapped in black protective wrapping. 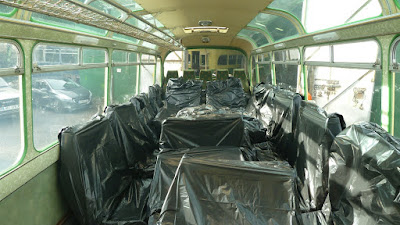 Once the seats were placed into store, the coach looked like this: 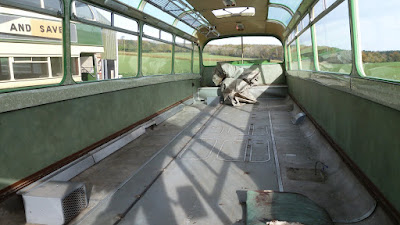 The heaters, old linoleum, side cove panels and various trim and brackets were then taken out, leaving this view: 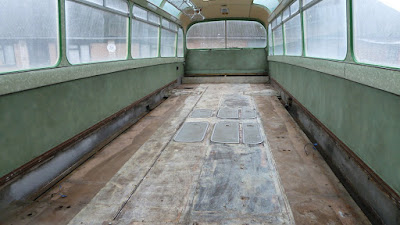 The Southdown 1970s changes to the front entrance were next to be dismantled, revealing parts of the chassis and frames not readily accessible from below. The opportunity has been taken to descale and paint where appropriate. Other minor jobs tackled from above include changing water hoses, (the blue ones in the last picture), renewing throttle linkages and overhauling clutch and brake rod runs. (In the first picture, the back of the driver's seat is to the left - the area in the middle is the top of the off-side wheel arch). 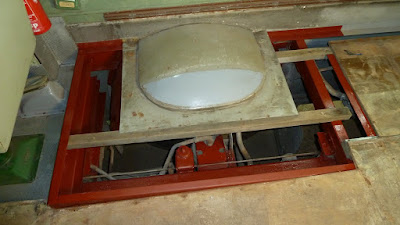 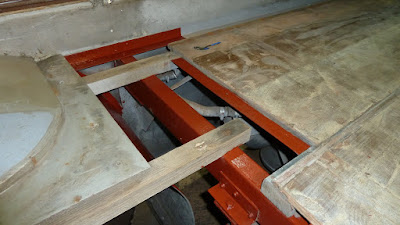 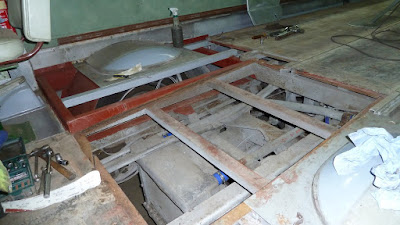 Meanwhile, one of our volunteers has been beavering away in the background preparing the new seats for the trimmers. Here are some of the new seat bases, all made in-house by our carpentry expert, receiving a first coat of primer. 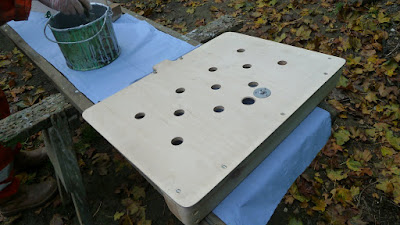 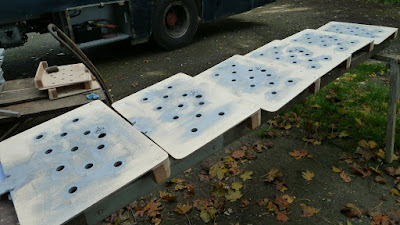 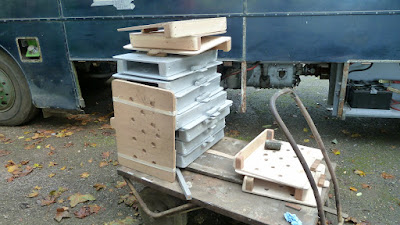 The new seat backs received similar treatment. They were constructed using ply curved to shape and fixed to the widened Chapman seat frames. 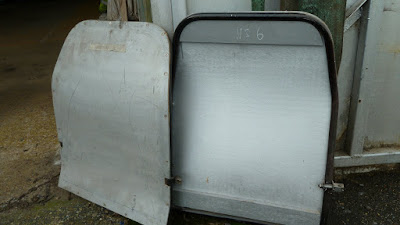 In the article last July, we described how Chapman seat frames were being altered and reconditioned. However, as we don't have enough arm-rest brackets, we commissioned an aluminium foundry to cast more. The items have been made and delivered to us and are now being drilled for assembly. The first picture shows the template used for casting, with the original bracket used as the pattern. In the second are the new, un-drilled items, again with an original. 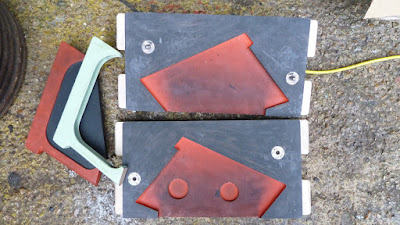 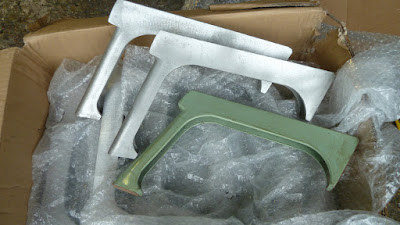 Finally, as if there wasn't enough going on, whilst the vehicle is laid-up we have taken the opportunity to remove and overhaul the CAV 'N type' injector pump and hydraulic governor fitted to this class of vehicle. Unfortunately, these 'N type' pumps are becoming increasingly rare and parts difficult to obtain. We plan to carry on using this type for as long as possible, but such overhauls are now usually accompanied with an expensive invoice! The injectors will be tested at the same time. Here, the pump and injectors are ready to go away to the specialist. 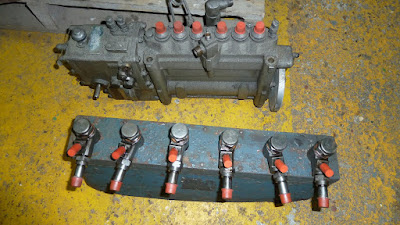 www.southcoastmotorservices.co.uk
Posted by AGE at 17:19