Further to the report filed on this Blog in January and following a summer hiatus, work has recommenced on reconditioning an engine for this bus. As previously reported, the first engine selected (from scrap sister vehicle HCD363E) was found to be damaged and has subsequently been stripped down for spares and the carcass scrapped. A second block, previously discarded many years ago from HCD347E, was found the be usable but required a lot of work to bring it back to life. However, we decided that this work should go ahead and during the summer a set of liners and pistons were obtained and the block sent away for skimming. The top surface, to which the cylinder heads bolt, is now perfectly flat and free of pitting; the block is seen here, painted and ready for reassembly. 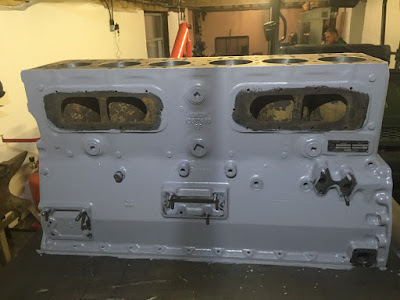 Meanwhile, a gearbox (Leyland type GB124 but rebuilt as a GB112) previously fitted to 972CUF has been refurbished and now awaits fitting during the next few weeks. 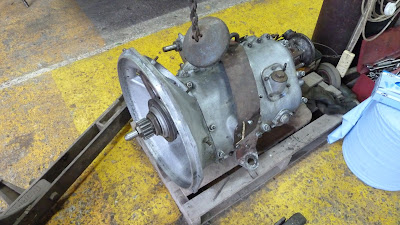 www.southcoastmotorservices.co.uk
Posted by AGE at 15:53

Steady progress is being made on rebuilding the near-side body of this vehicle. However, some of the existing frame is in such poor condition that much time is being spent piecing together what remains so as to form a pattern. The first three photographs show the near-side below floor level, just behind the passenger entrance which is located in the middle of the vehicle. A brand new stainless steel fuel tank has been fabricated and fitted, around which the complicated teak and ash frame is taking shape. 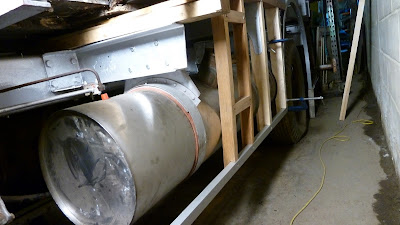 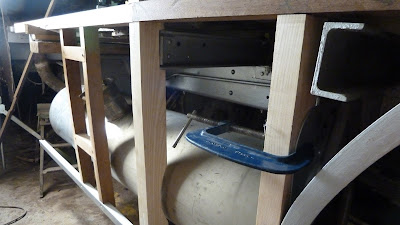 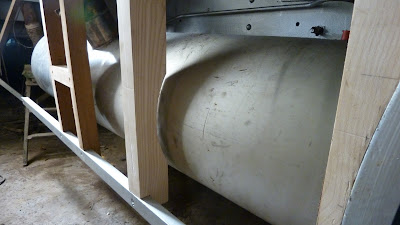 This photograph was taken just forward of the previous three and shows the newly shaped heavy wooden rail around the passenger entrance. The steps, (yet to be fitted), rise up from the bottom lefthand corner to floor level, the remains of which can be seen either side of the new material. 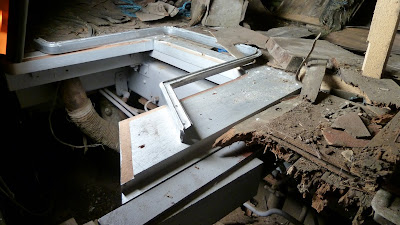 And finally, a general interior view looking forward toward the driver's seat, showing the extent of the restoration work still to be tackled. 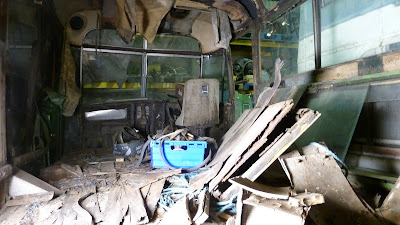 www.southcoastmotorservices.co.uk
Posted by AGE at 21:34