Much of the mechanical overhaul is complete, save for one or two jobs which need to be tackled nearer the end of the project. Earlier, when the front axle was checked, we found excessive play in the king pins. These are large steel pins fitted to each end of the front axle and enable the wheels to steer left or right. Too much lift or tightness can usually be adjusted through adding or removing shims. However, too much sideways play often suggests the pins are worn. Dreading the task ahead, much to our delight we found that new king pin sets are still available and very reasonably priced at that! A small miracle considering the vehicle is over 45 years old.

First, we stripped out the old pins and removed the stub axle. This is a daunting job, as king pins often seize in position. However, a few taps and out they came, much to the relief of the people involved. The first two pictures show one of the stub axles after removal of the pin. In the first. the wheel bearings run on the polished surfaces on the right hand side; in the second, the apertures in which the pin sits and upon which the stub assembly swivels can be seen. Photo three shows the end of the axle into which the pin slides. 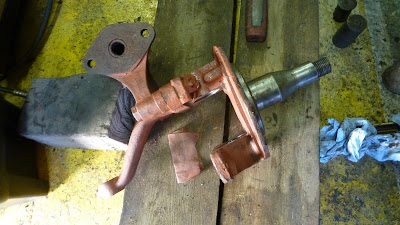 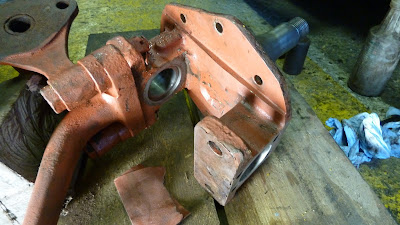 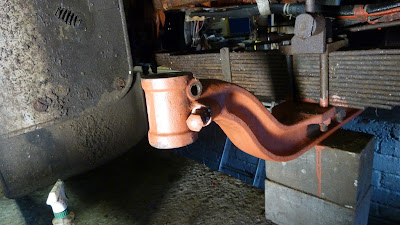 Below: a pandora's box of replacement parts! The old pin is to the left; in the box is a new pin, new brass bushes, seals and grommets. 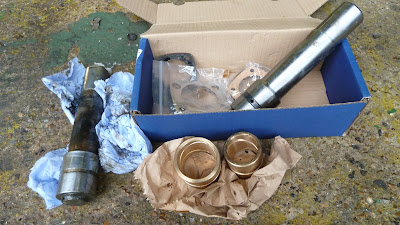 And finally, the wheel assembly refitted, free from side-play. 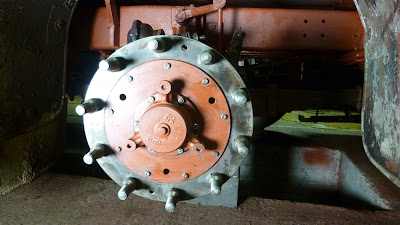 www.southcoastmotorservices.co.uk
Posted by AGE at 21:37