Our 1967, Northern Counties 'Panoramic' bodied Leyland PD3/4's engine has been doing curious things over the past few years: no show-stoppers, just small things which seem to reoccur but take ages to fix. One particular area of concern is the crank-shaft back seal which seems to like leaking. Coupled to a nagging, recurring minor leak on the gearbox, we felt it was time to prepare for the day when both gearbox and engine should be refurbished. As the bus is required for traffic each summer season, the obvious thing to do is prepare an engine and gearbox beforehand and then swap them over sometime in the future. 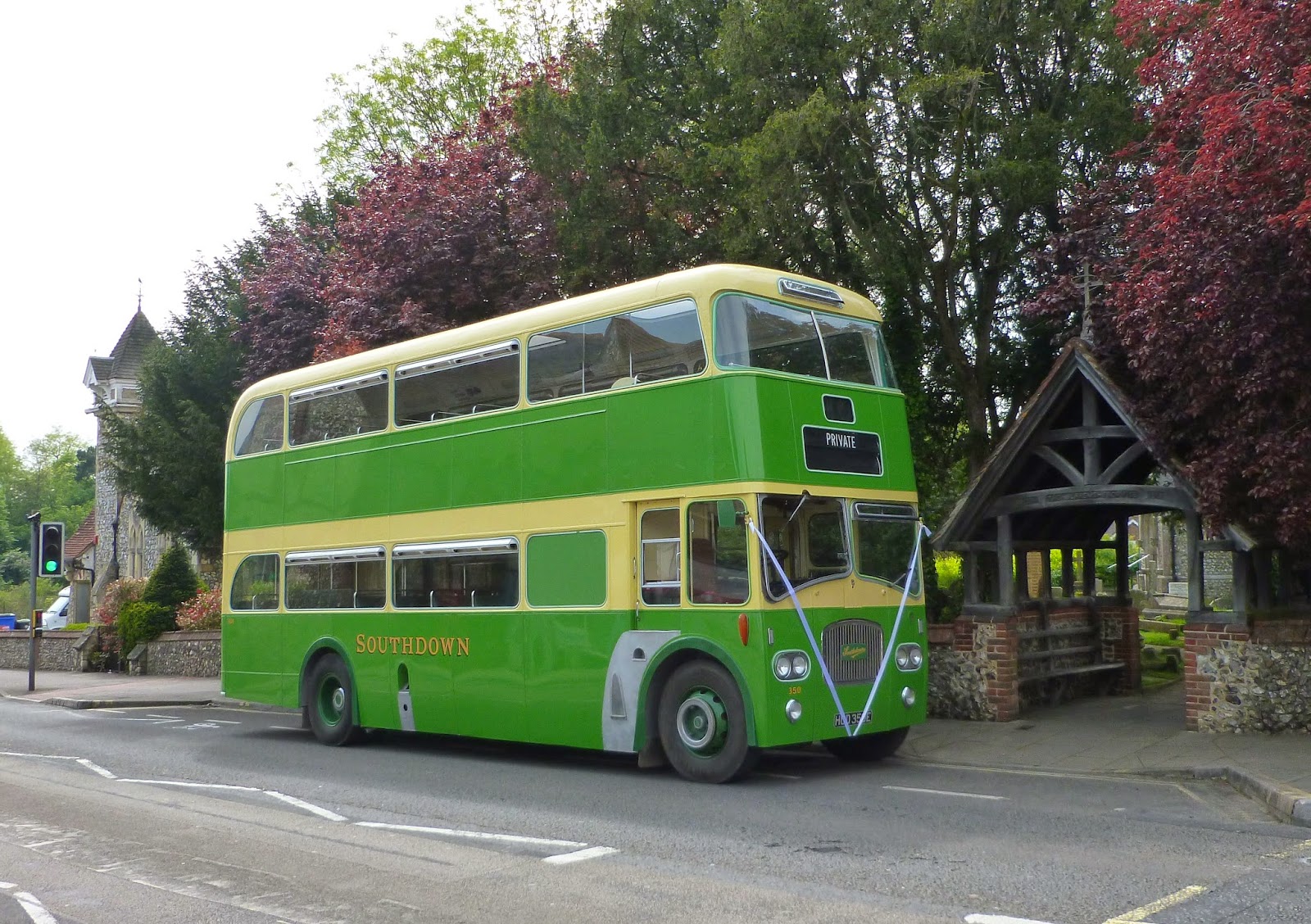 Sister to number 350 is bus 363, (seen below in the middle). This was bought many years ago for spares after its engine went 'bang' with the previous owner, and is in poor structural condition. The gearbox has already been taken out, refurbished and is running very well in our open-top bus number 406. The second picture is taken from the platform, looking into the cab, and shows the top of the broken engine. 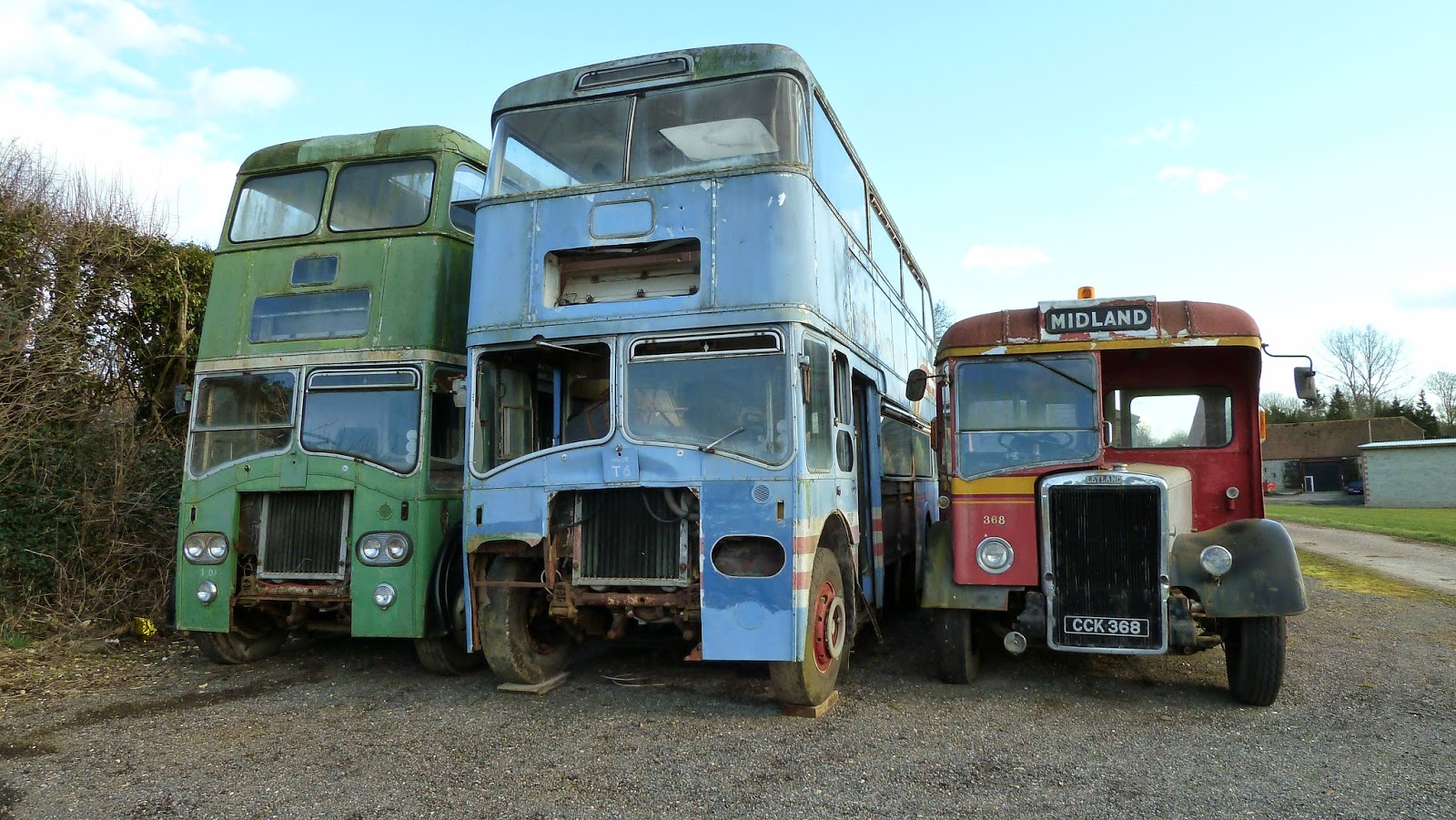 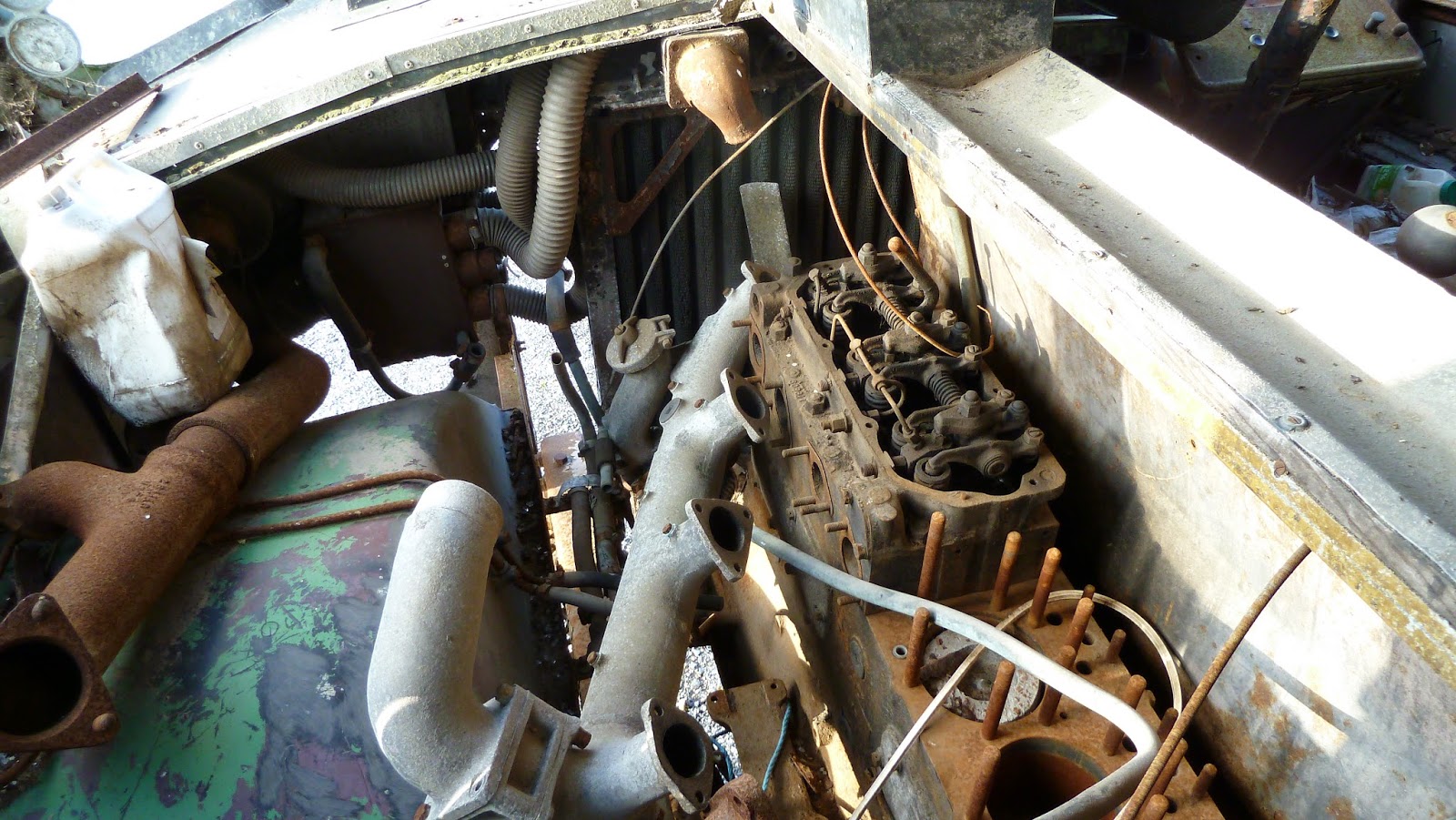 We felt that we ought to establish whether this engine could be refurbished or not, and so it was recently removed form the vehicle and dismantled. Everything looked good.... until a crack was discovered between the water jacket and one of the cylinder liners. This appears to have been there some while, with rust accumulating behind the liner forcing it to become distorted. Corrosion has also eaten away part of the area around the main bearing housings, despite being sprayed with oil from the sump. This unhappy mix of water, rust and oil possibly lead to the engine seizing in the first place. These are fatal flaws and the decision has been taken to stop work and likely scrap the engine block, other parts being saved for further use. The part-stripped engine can be seen here. 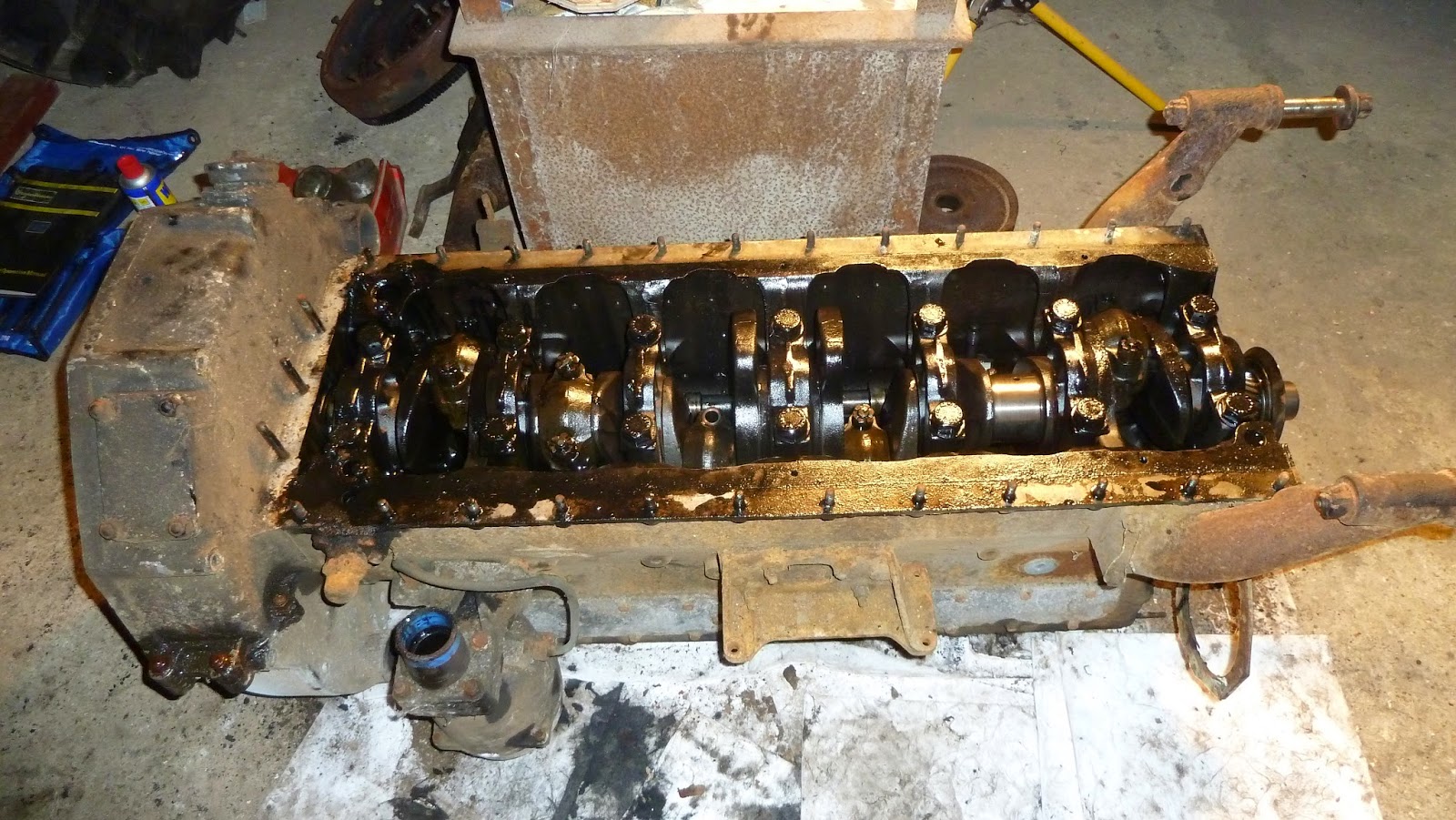 All is not lost, as we have another disassembled engine, acquired years ago from one of the same batch of vehicles. This has been examined and on first inspection appears usable. Our intention is to look at the feasibility of making one engine out of two. Meanwhile, a gearbox has been selected and is being refurbished. Further updates will follow as progress is made. Incidentally, the green PD3 in the top picture is 403DCD from our reserve fleet, now stored under cover.

www.southcoastmotorservices.co.uk
Posted by AGE at 19:33