The 'red wrecker' as it has become known, has been sold by its owner and has gone to the West of England Transport Collection. Seen here being collected by the new owners on Sunday 27 July. 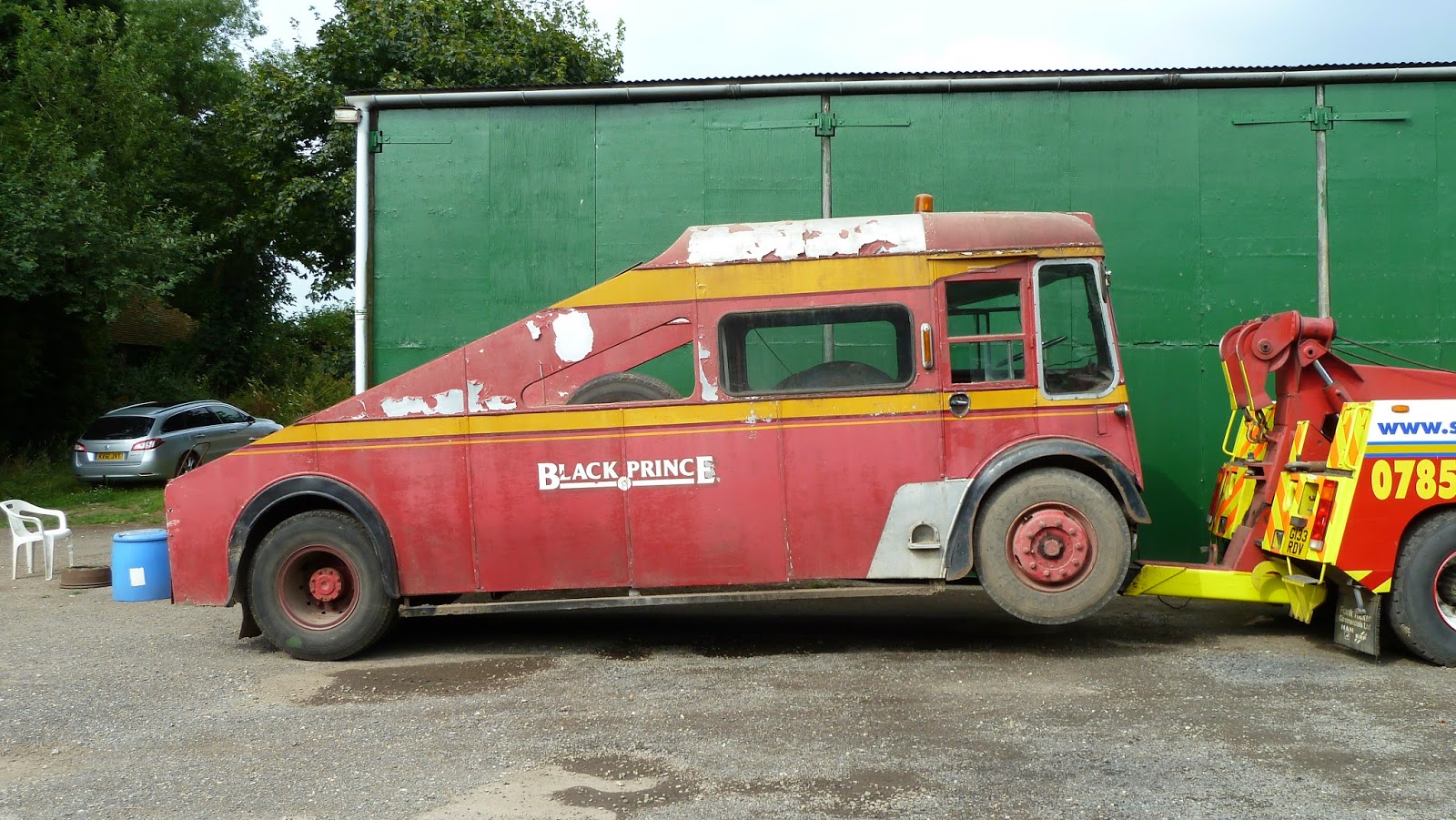 As part of the deal, its place has been taken by NLJ268, a 1953 former Bournemouth Corporation, Leyland Royal Tiger PSU1/13 with Burlingham B42F body. Also owned by Chesterfield Transport and converted to a mobile staff canteen, the vehicle was latterly used as a shop by the Bournemouth Transport Museum. The bus will shortly go under cover and be used as a mobile store. 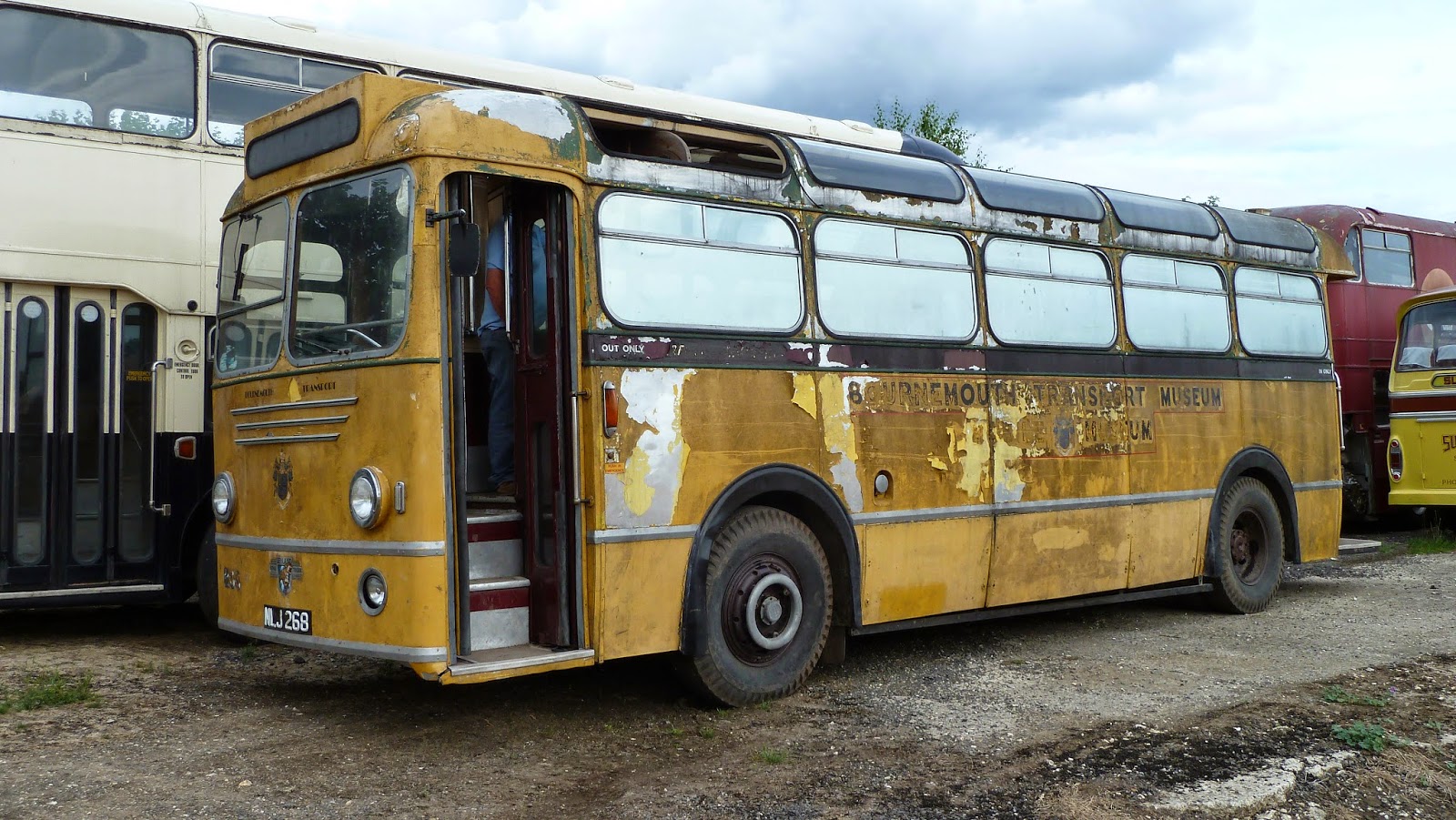 www.southcoastmotorservices.co.uk
Posted by AGE at 05:05