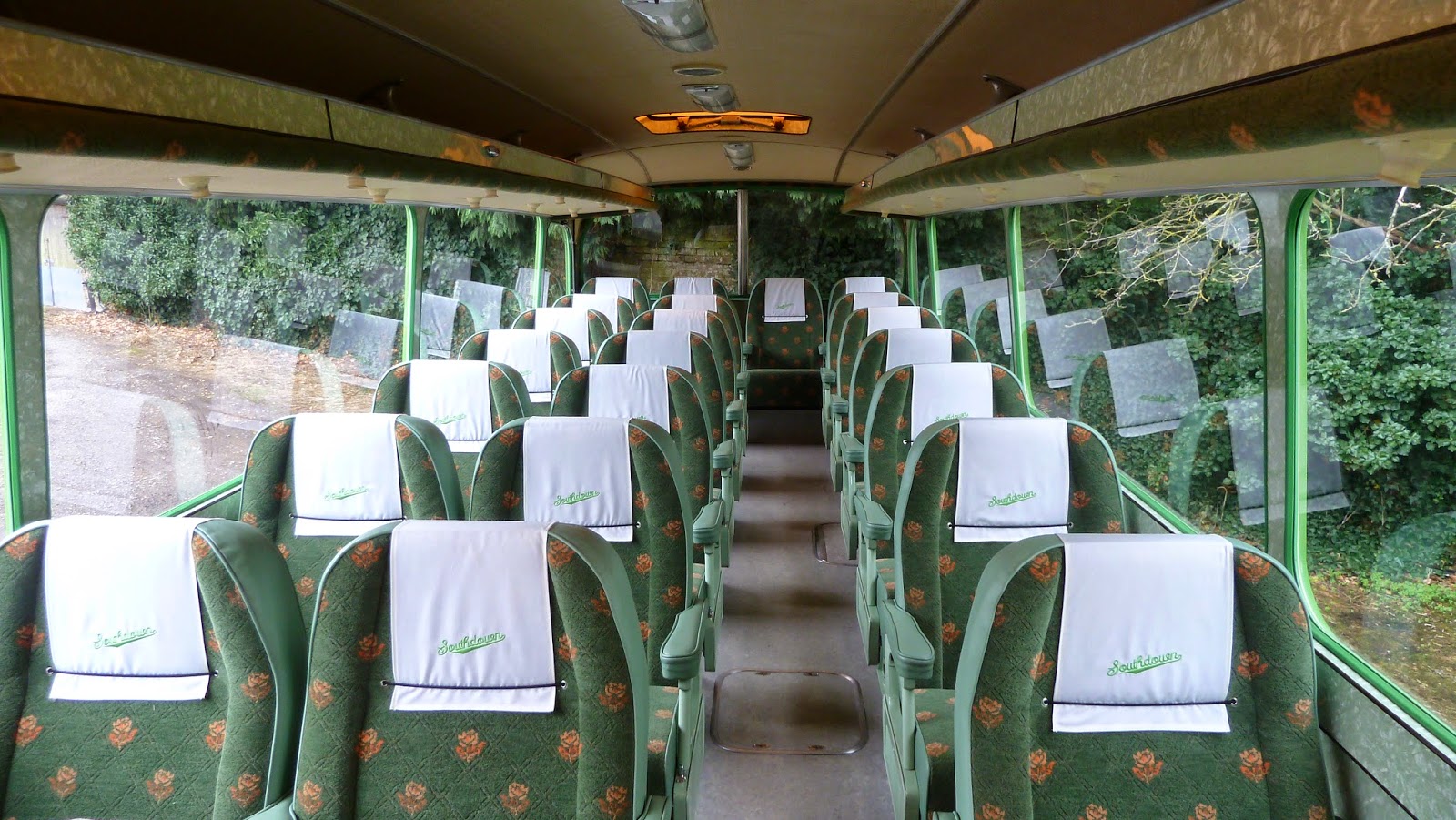 One of our long term aspirations has been to re-seat 1722 as originally built, and this project has now commenced. The first job has been to dismantle a set of frames donated to us several years ago. Not only do the frames require modification as they are not wide enough, several castings are missing and will have to be re-cast from molten aluminum. Those parts which are immediately recoverable are being cleaned and primed in oxide primer and pictures of this work will follow. The two pictures here show the old frames coming apart 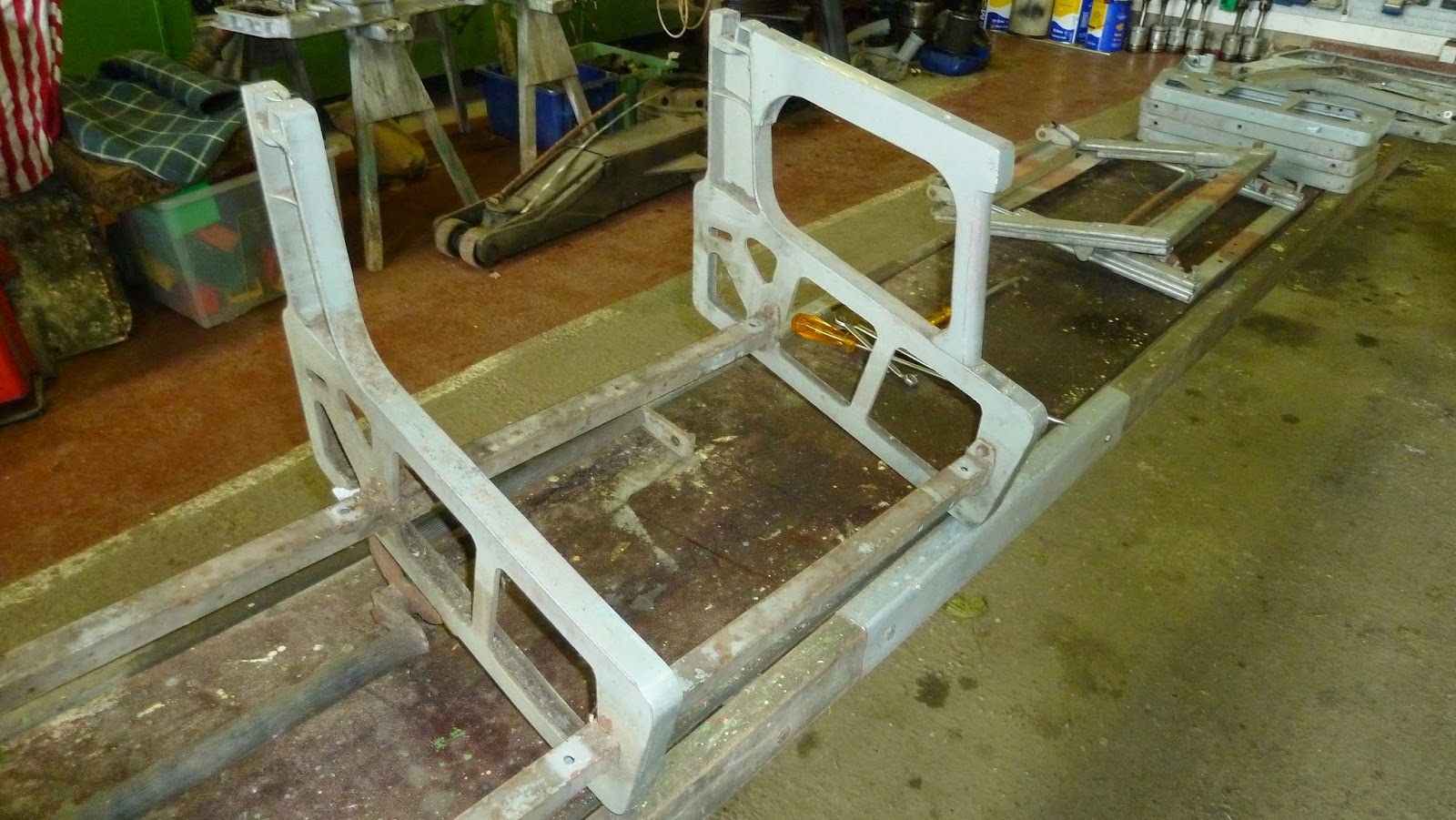 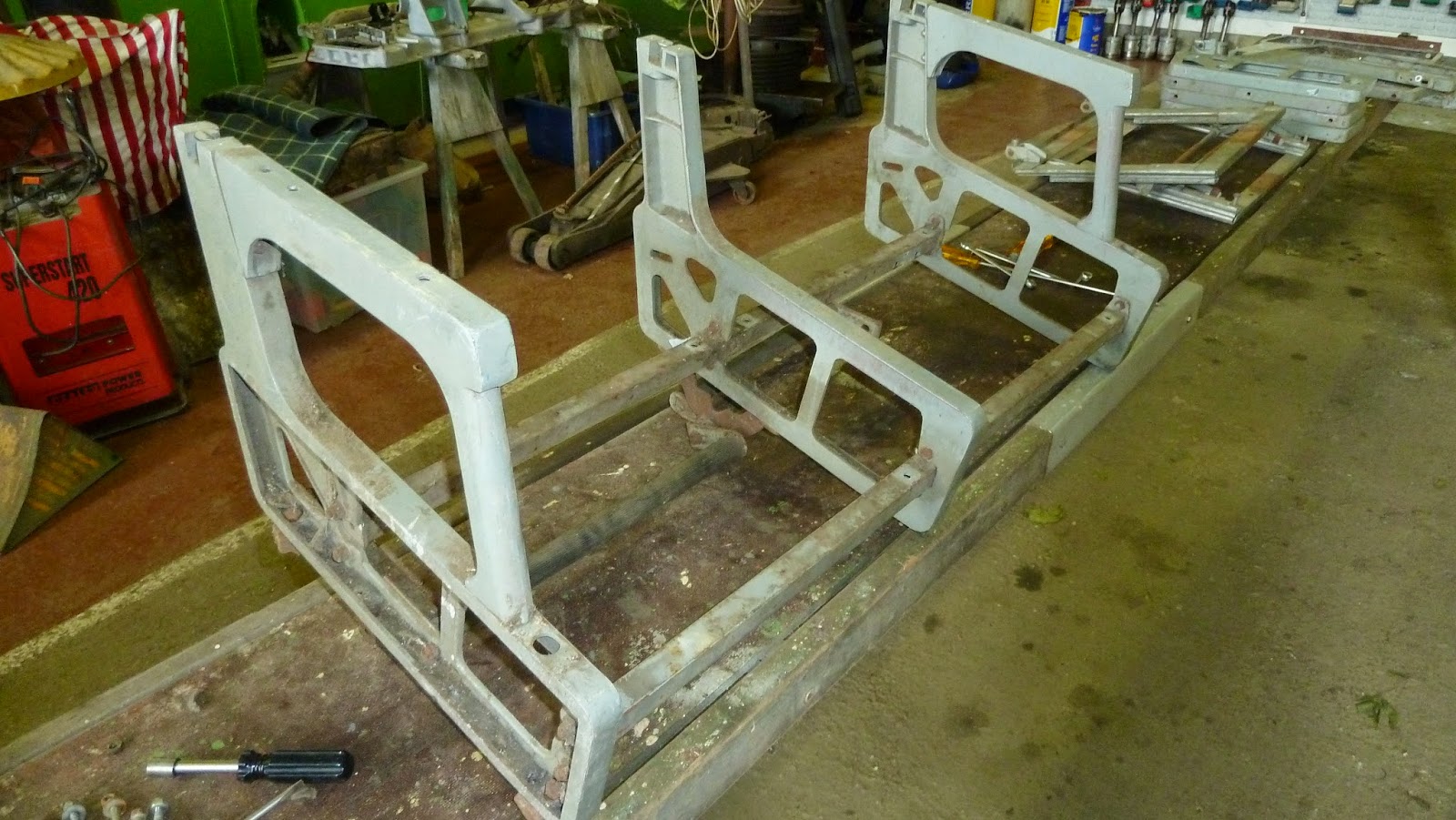 www.southcoastmotorservices.co.uk
Posted by AGE at 05:59