Here's a bit of fun. All too often it's the little details which really make the difference. In each of the buses is a small equipment box, used by drivers to store forms, pens, labels and other such bits. Until now, we have simply used modern metal boxes bought from a large stationery firm. Recently, one of our members undertook the restoration of an original Southdown driver/conductor's tin, once used to store the ticket machine and change-giver when not in use. As can bee seen from the first two photographs, the box was in a pretty run-down state and required rubbing-down to remove rust, application of primer and undercoat and finally a coat of red gloss to match the original colour. The end result can be seen below and it is hoped others will follow. Incidentally, the box (which will live in bus 406) was numbered 2579 which represented the serial number of the ticket machine allocated to that tin. 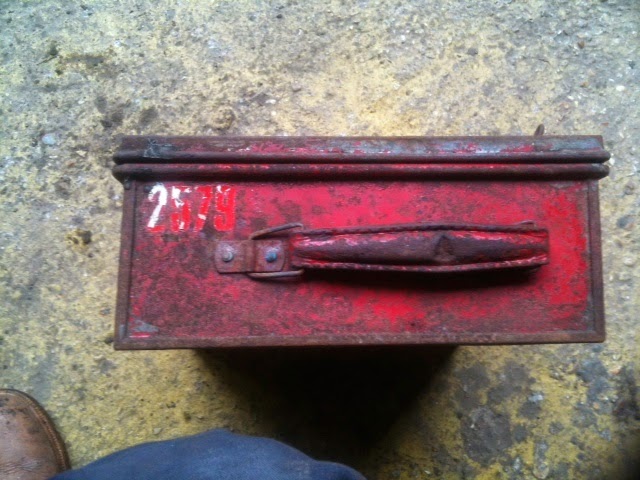 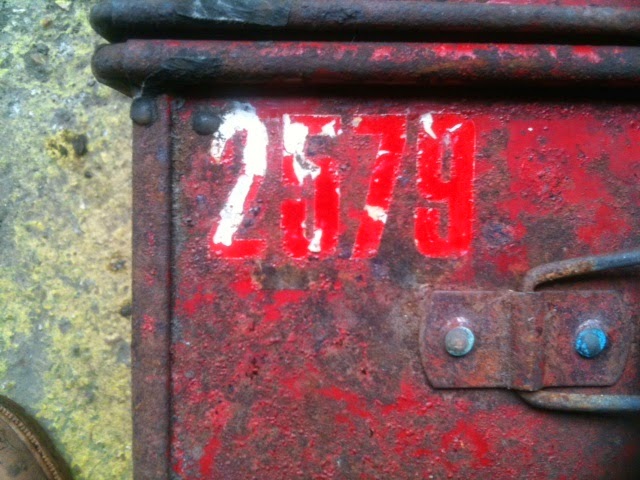 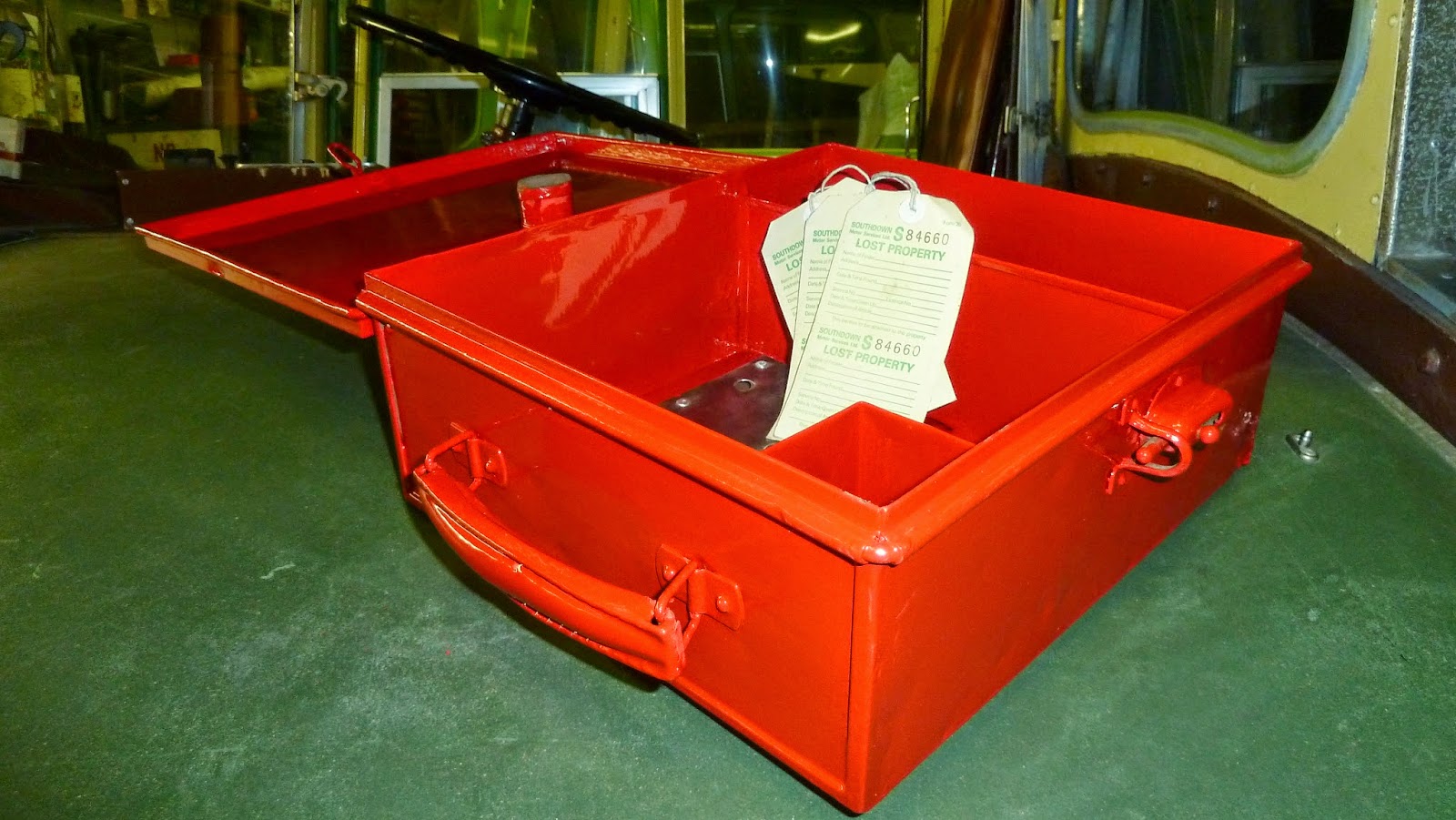 www.southcoastmotorservices.co.uk
Posted by AGE at 08:42