Our 1961 Harrington bodied Cavalier and 1963 Harrington Grenadier coaches both run on Leyland L2 Leopard chassis, a derivative of the Tiger Cub. The Tiger Cub was a smaller version of the popular Royal Tiger chassis as fitted to our 1952 coach LUF828. 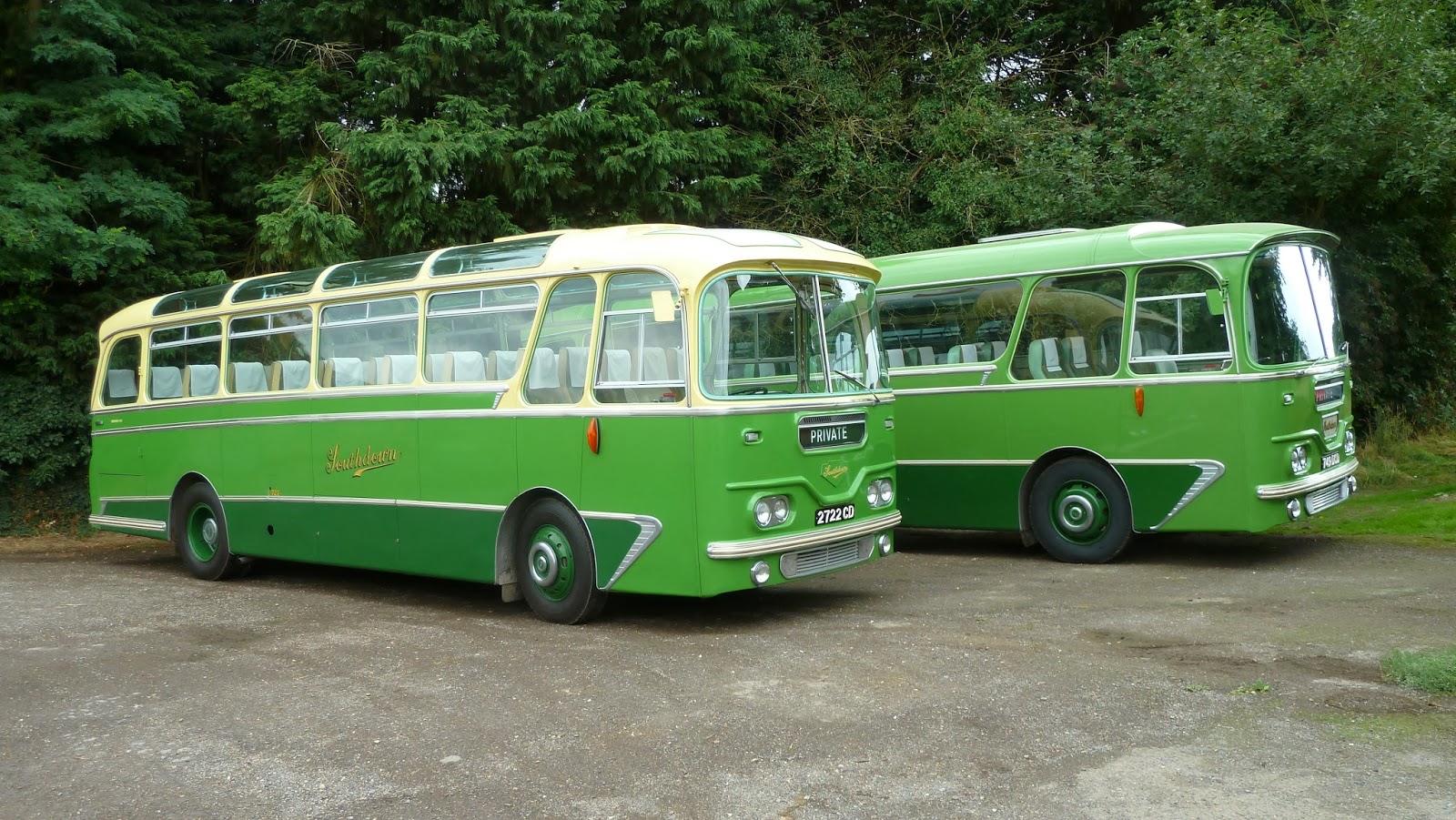 The L2 chassis were built with 8 stud wheel-hubs, the usual Leyland hub being 10 stud, and carry wheels fitted with Imperial 900x20 tyres. These tyres are become increasingly difficult to source and so the decision has been taken to fit the more modern tubeless 10.00x22.5 tyre. This, in turn, has meant the replacement of the wheel rims as the existing were only suitable for the older tubed tyre. The rims have had to be especially manufactured. There are 14 in total: 6 plus a spare for each of the two vehicles. Add in the cost of the new tyres and a considerable investment has been made. One of the new rims with tyre is seen below. 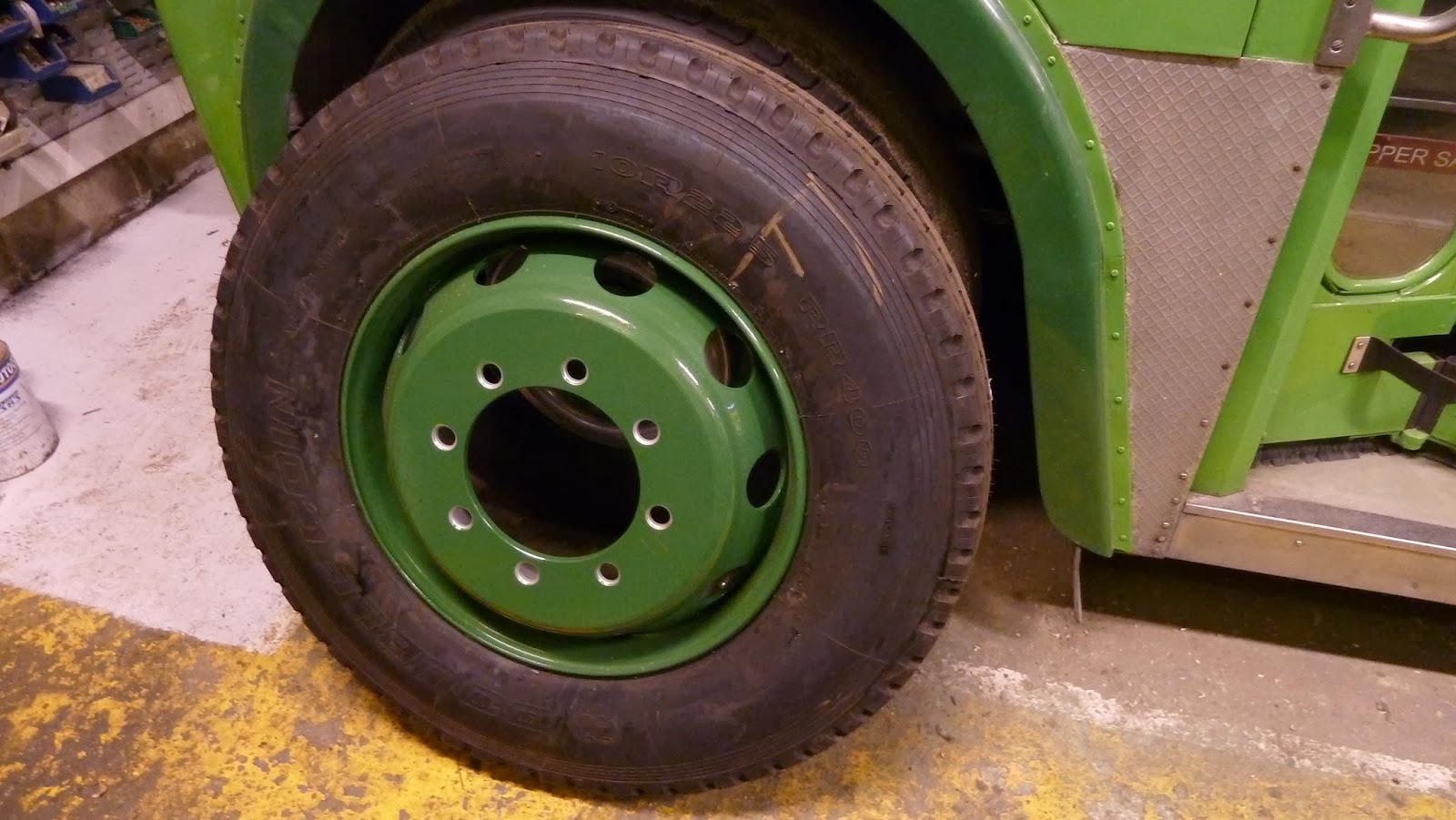 www.southcoastmotorservices.co.uk
Posted by AGE at 23:30

The new rubber engine support bushes have arrived from the manufacturer and have been fitted. in turn, this has allowed us to install the engine into the vehicle. An example of the condition of the old bushes can be seen below: the second from left and far right are new, the other two being originals and the worse for wear. 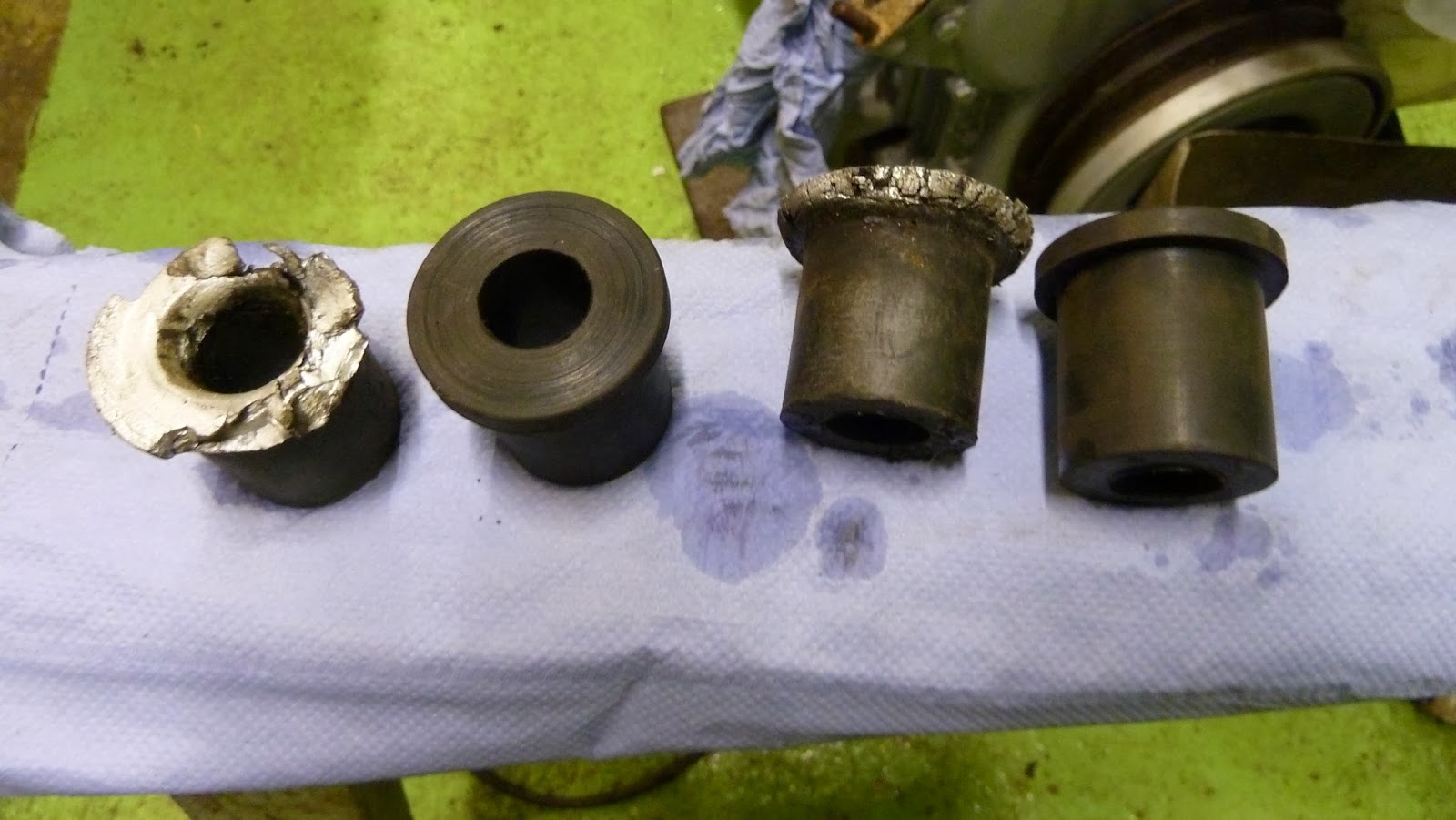 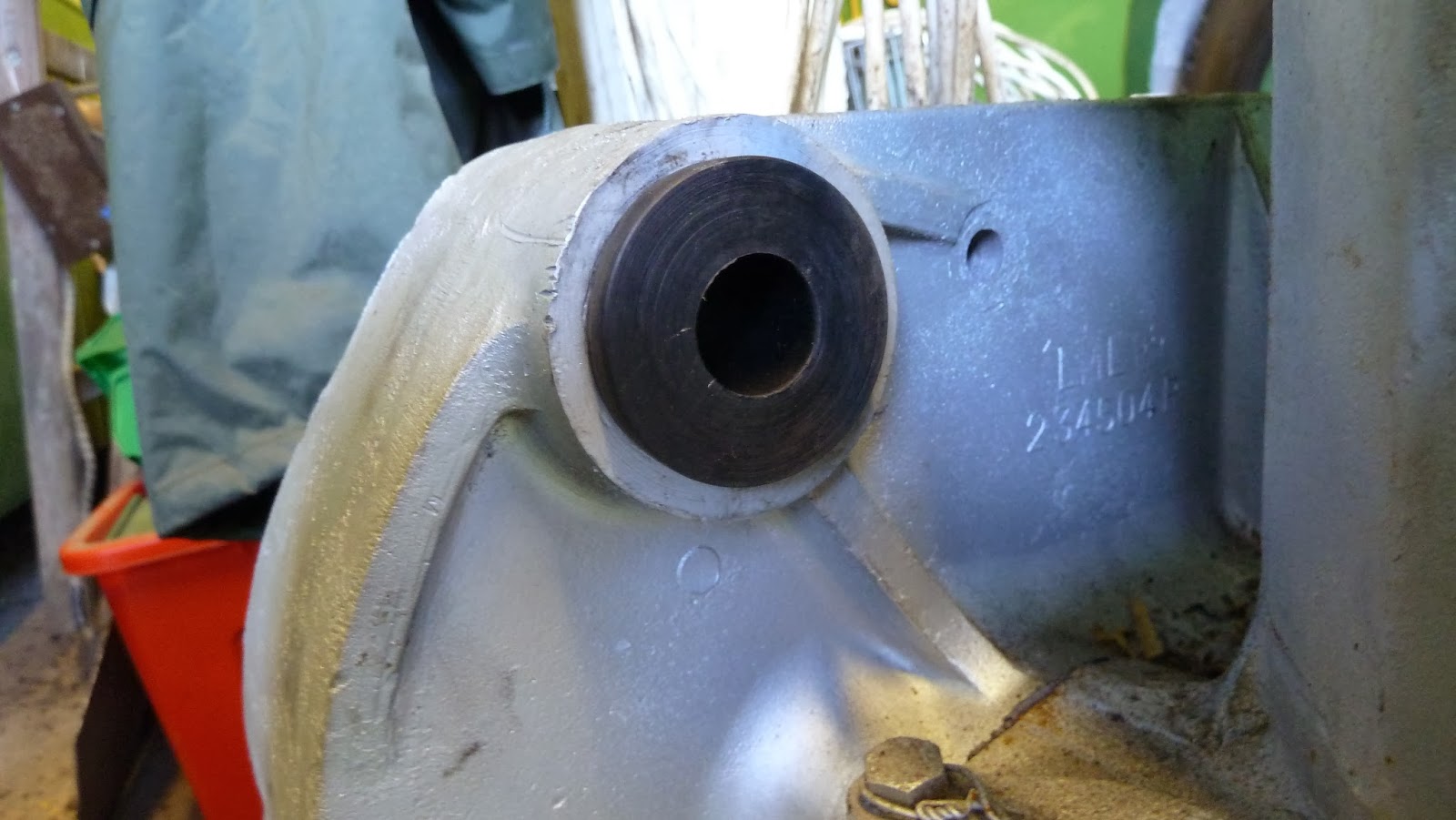 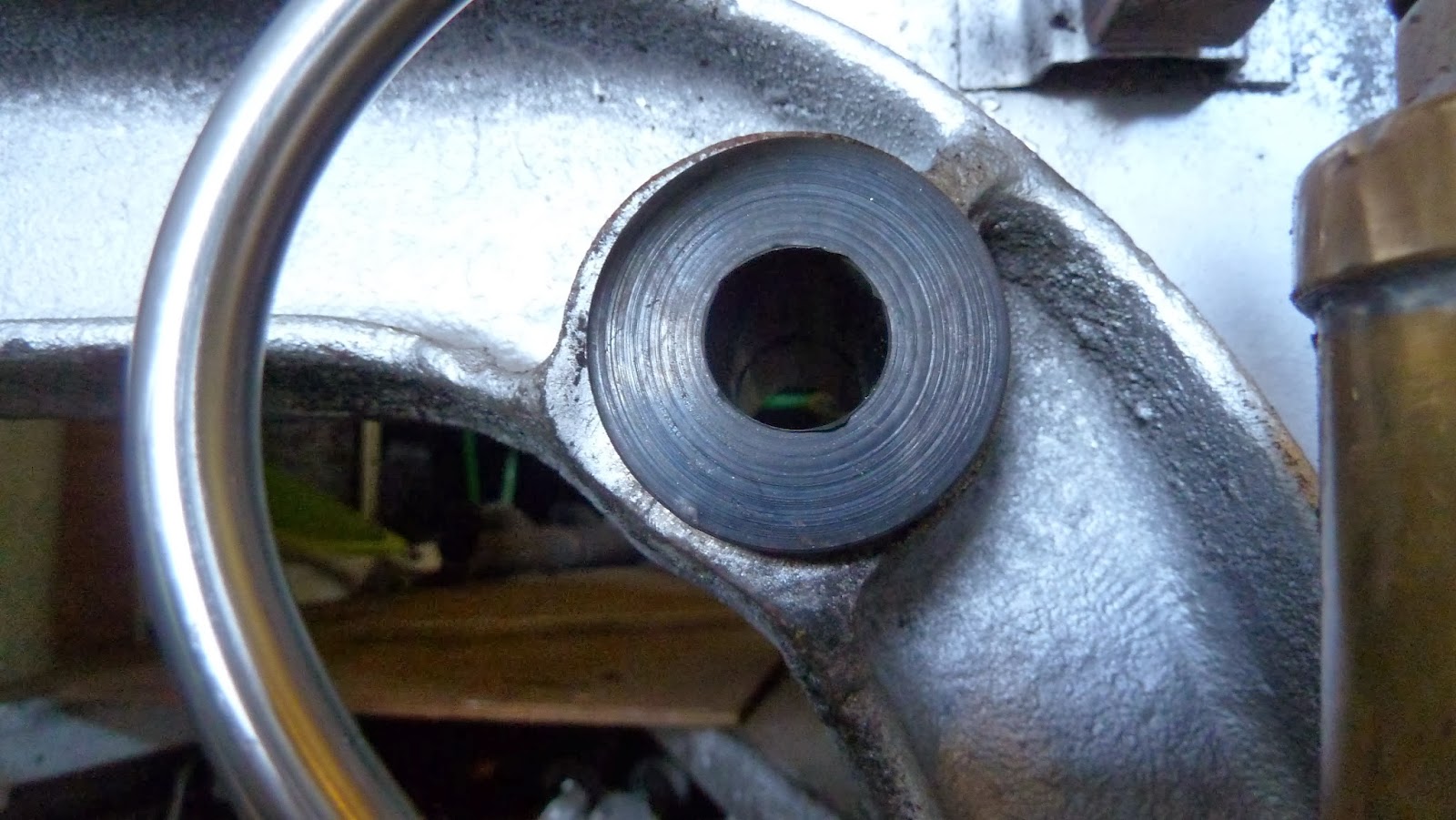 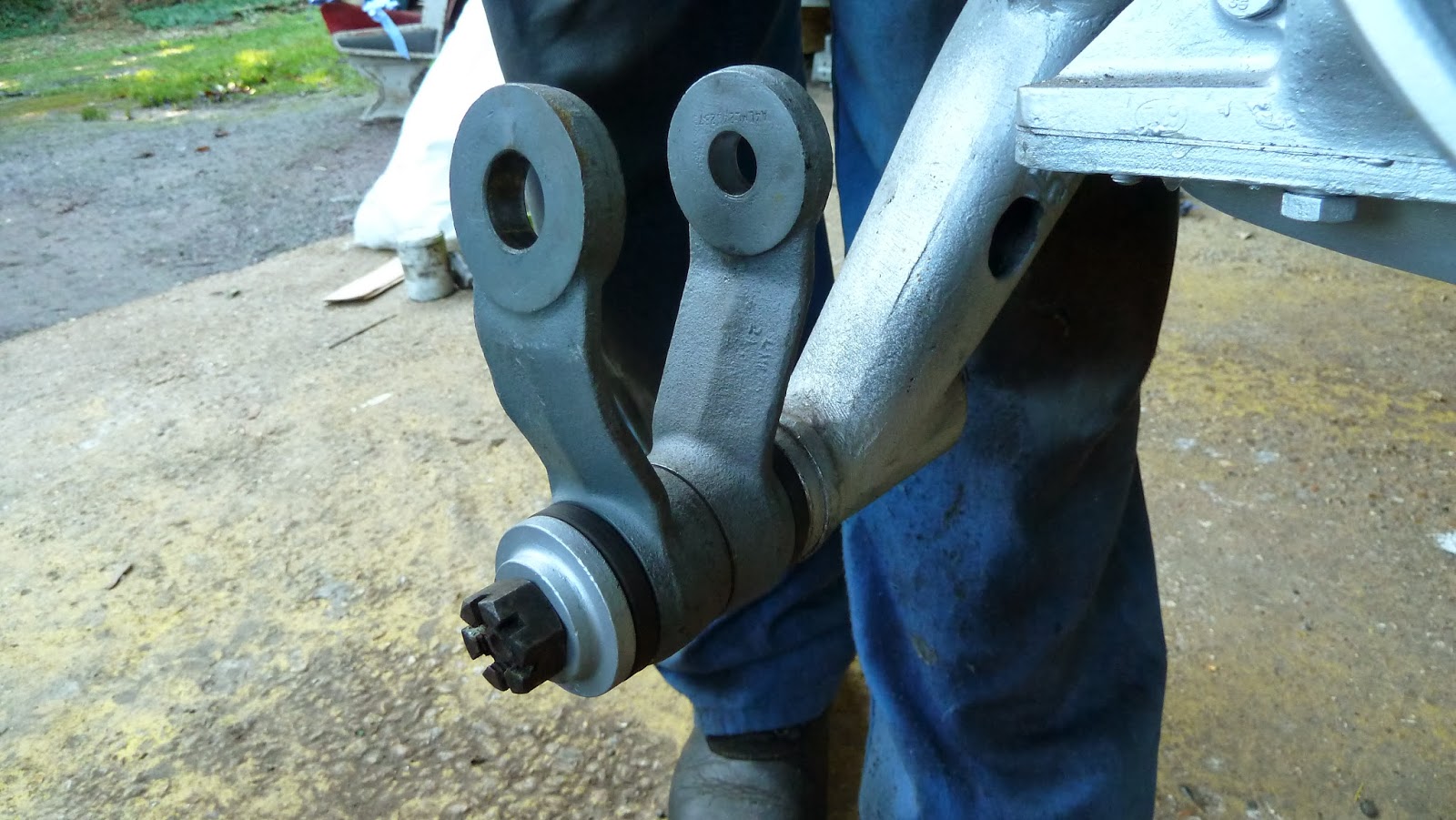 And in goes the engine! The next steps will be to 'dress' the engine by adding components such as the fan drive and alternator. 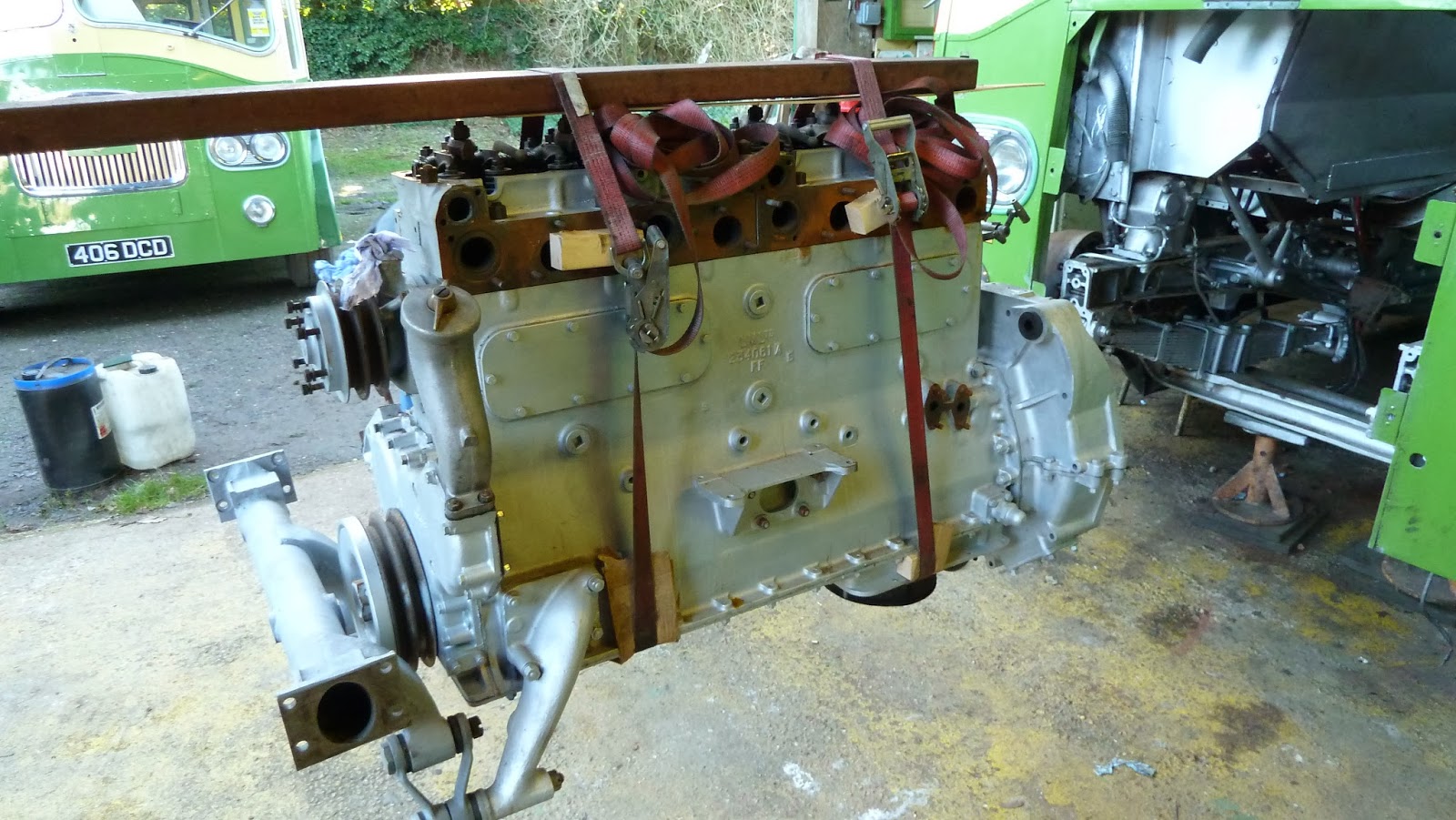 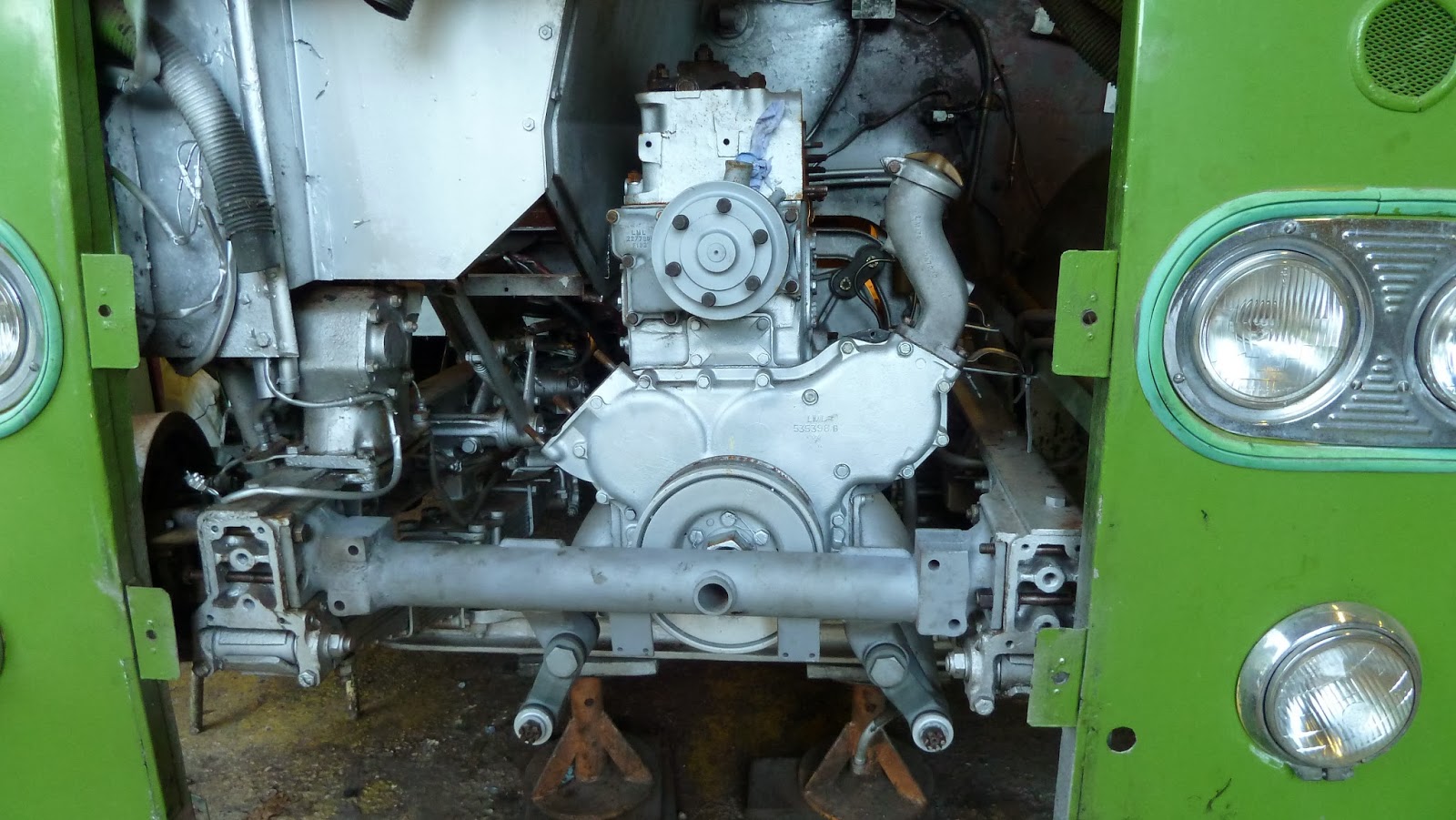 www.southcoastmotorservices.co.uk
Posted by AGE at 22:47