Our 28 seat, 1963 Harrington Grenadier has completed a number of successful 'running-in' trips following passing an MOT after a rebuild lasting over 5 years. 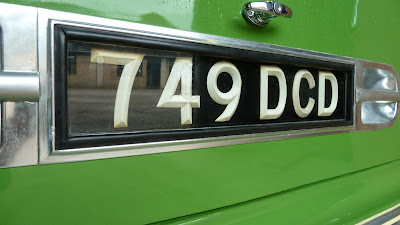 The cylinder heads now require re-torquing to ensure they are still at the correct setting and this is now being carried out. The coach will be available for hire during the 2014 summer season. 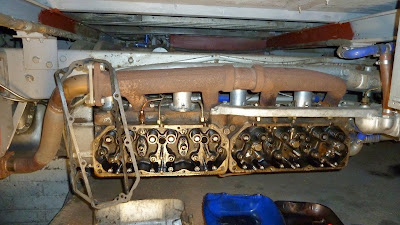 www.southcoastmotorservices.co.uk
Posted by AGE at 23:06

The engine overhaul is complete and it is waiting to be fitted back into the bus (see two pictures below). We are still waiting for new rubber engine support bushes to be made and supplied by a firm based in Stafford. These are expected in the next few weeks at which point the engine will be fitted. 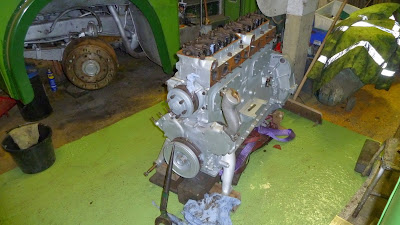 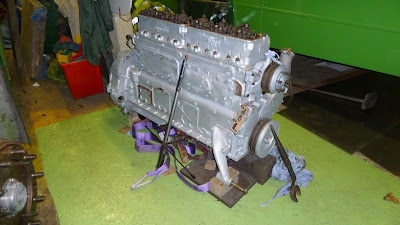 A replacement gearbox is also ready. The refurbished change speed box (at the bottom of the gear stick) is seen below. The gear-stick itself replaces the original which had been repaired but looked unsightly. The replacement came from bus 406, which itself received a refurbished unit some years ago. 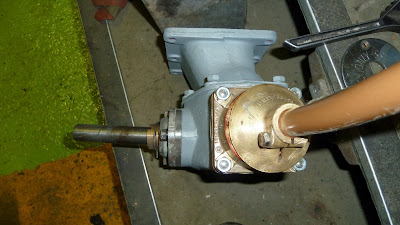 The front axle overhaul is complete. Whilst the engine has been out, new stainless steel fuel pipes have been manufactured and fitted. 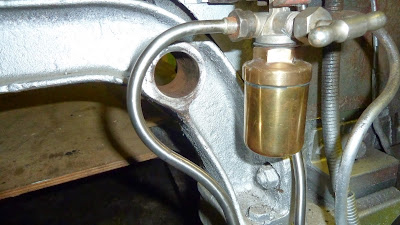 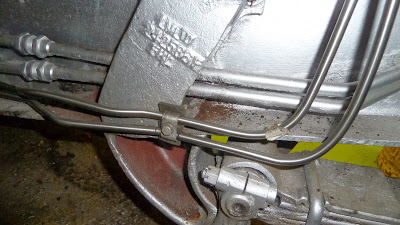 The cab is being repainted and minor rewiring tasks carried out. 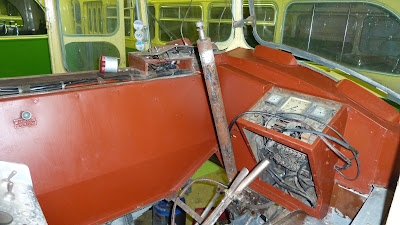 www.southcoastmotorservices.co.uk
Posted by AGE at 10:08

With the completion of major restoration project 749DCD, attention has switched to the overhaul of PUF161H. Again, as with 749DCD, the engine and gearbox on this vehicle suffered flood-water damage several years ago; the gearbox has already been removed and renovated and now it is the turn of the engine to receive similar treatment. The first task was to provide access by removing body panels and ancillary components. Next, comes the painstaking task of completely stripping the engine, looking for signs of wear and damage.

In the first of these two pictures, the sump has been removed exposing the crank shaft and bottom ends of the pistons. The second view is of the cylinder block with heads removed. 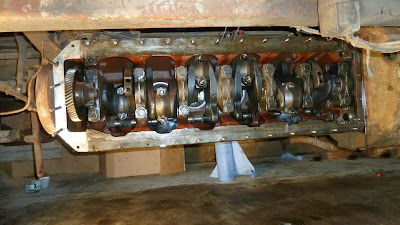 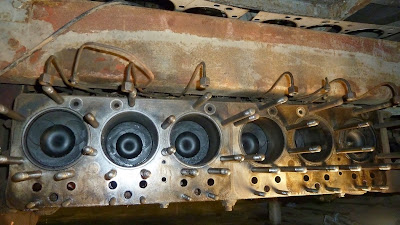 The next stage will be to remove the pistons and replace parts as necessary.

www.southcoastmotorservices.co.uk
Posted by AGE at 06:29