This is a retrospective report of work carried out to the upper-deck seating in late 2005. The seat bases and backs are made form plywood and shaped hardwood. Over the years, the condition of the original seats had become less than satisfactory to the point that many needed replacing. New frames were constructed in our own workshops and these can be seen in the following two photographs. 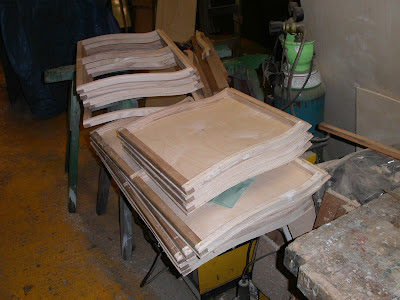 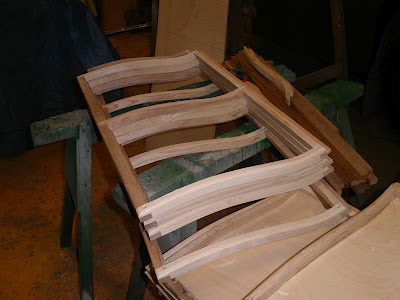 Once the frames had been assembled, they were painted for protection and sent to the trimmers to be covered in new horsehair and foam padding. The next task was for the new green vinyl covering to be applied, followed by fixing of the original colour-impregnated fiberglass backs. 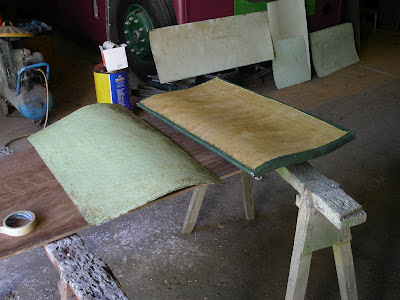 The finished seats, fitted in time for the 2006 season, are seen below: 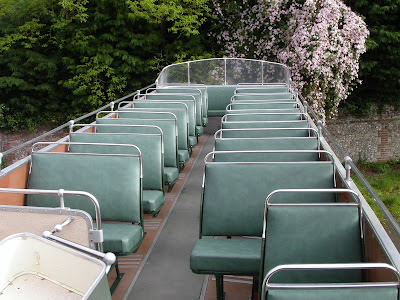 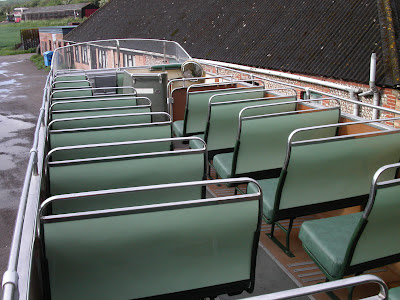